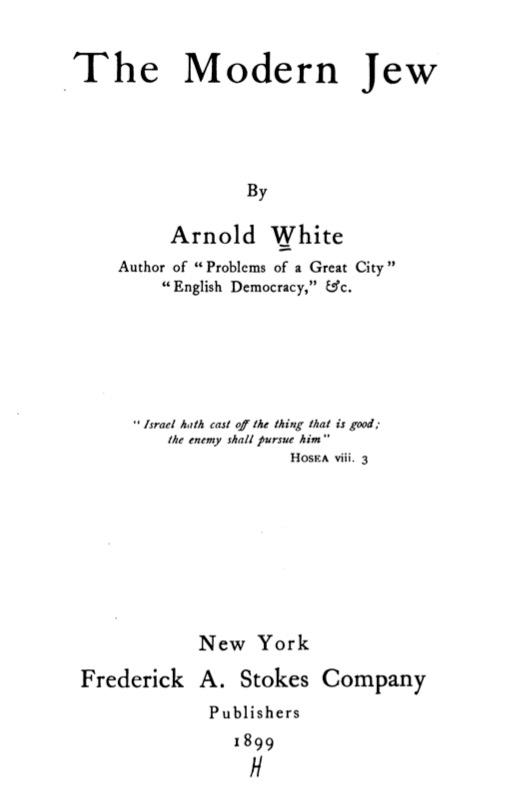 DURING the last ten years I have written on the subject of the Modern jew for various periodicals-notably in the Nineteenth Century, Contemporary Review, Chambers's Journal, and North American Review. With the exception of the Statistics relating to the Russian Jews-for the republication of which I have to thank the Editor of the Contemporary Review-the following pages now see the light for the first time.

In the course of my investigations I have received much assistance from friends and others. I desire especially to acknowledge the aid of Major Sharp Hume and of Mr. Randolph L. Hodgson. To the latter's knowledge of Austrian peasant life I am indebted. I also wish to thank Mr. W. Heinemann, my publisher, for his courtesy in kindly seeing the book through the press during my absence abroad beyond the reach of posts.

Careful study of the Dreyfus affair convinces me that in its main issues it illustrates the decadence of France rather than the phenomena of modern Israel ; and I have not, therefore, included any examination of the question in the following pages-the more especially as all unprejudiced people, who agree on the facts, are of one mind. Captain Dreyfus as a hero and a man adds one more to the long line of Jewish worthies whose annals adorn the history of the race.