The Masters of Capital: A Chronicle of Wall Street (1921) 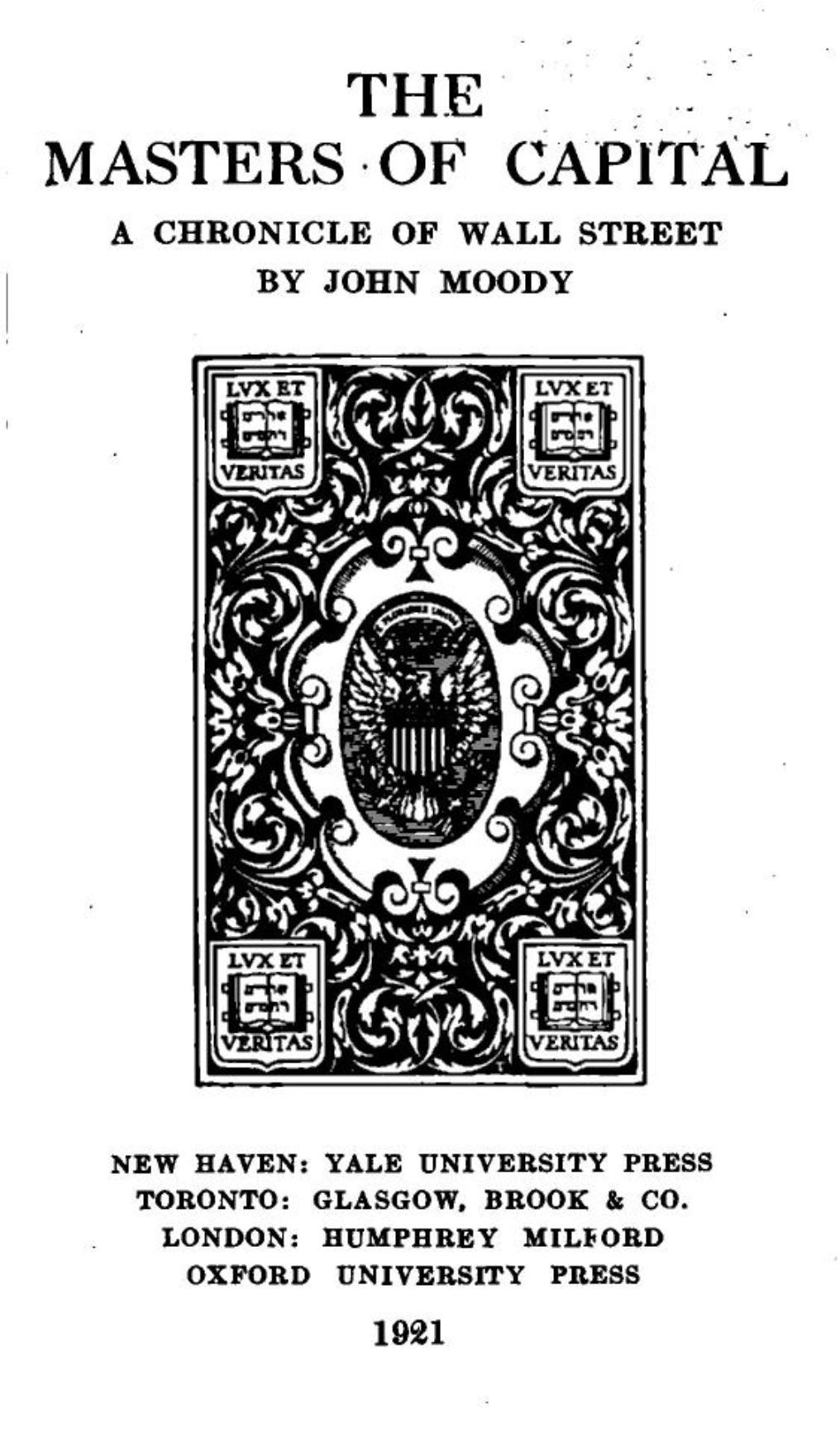 THE old meaning of the word “capital” ‐ that is, an accumulation of wealth, either money or substantial property, for use in the production of more Wealth has been greatly enlarged within recent times. In earlier days, under the crude methods then prevailing, a given manufacturing plant might earn, say, ten per cent on its invested capital; but when power machinery and improved processes came into use and earnings increased, say, to twenty‐five or forty per cent, the practice began of putting a valuation on this increased earning power, and the “value” of a given property, instead of being based on its original or replacement cost, came to be measured by its capacity to earn profits.

Upon this new basis, “capital,” as expressed through the iSSue of corporate stocks and bonds, was created by leaps and bounds. As the industry of the community became more "efficient and the unit of effort brought forth greater results, corporate securities were created in an ever increasing ratio. Then, as the new custom became more firmly established, it was found that the limit of capitalization was by no means reached when present earning power alone was capitalized, for in a growing country like the United States, with population practically doubling every generation, future earning power was seen to be vastly greater. So the capitalists quite naturally took the further step and issued corporate stocks and bonds based on estimated future earnings.

Naturally, this modern practice of pre-empting or capitalizing probabilities was overdone.- Such a process inevitably invited speculation; and “boom” periods, with recurring lapses and setbacks, became characteristic of the times. Eventually, the capitalists learned that this new capital, which represented not only accumulated wealth and current earnings but the future possible earning power of the community generally, must be bolstered up and insured by some artificial process. So long as normal growth in population and industry continued, the capitalists could feel fairly secure, but during industrial and banking crises, crop failures, or other adversities, the earnings of capital might ' decline to such a point as seriously to impair the valuation. Thus there arose among capitalists ‐ large and small‐‐ a widespread demand for legislation and public aid to protect the integrity of the values which they had set up ‐ a demand that customs tariffs be made more rigid than before to prevent foreign competition and for other measures to preserve the status quo of the new dispensation.