The Kirov Assassination (1935) by Leon Trotsky 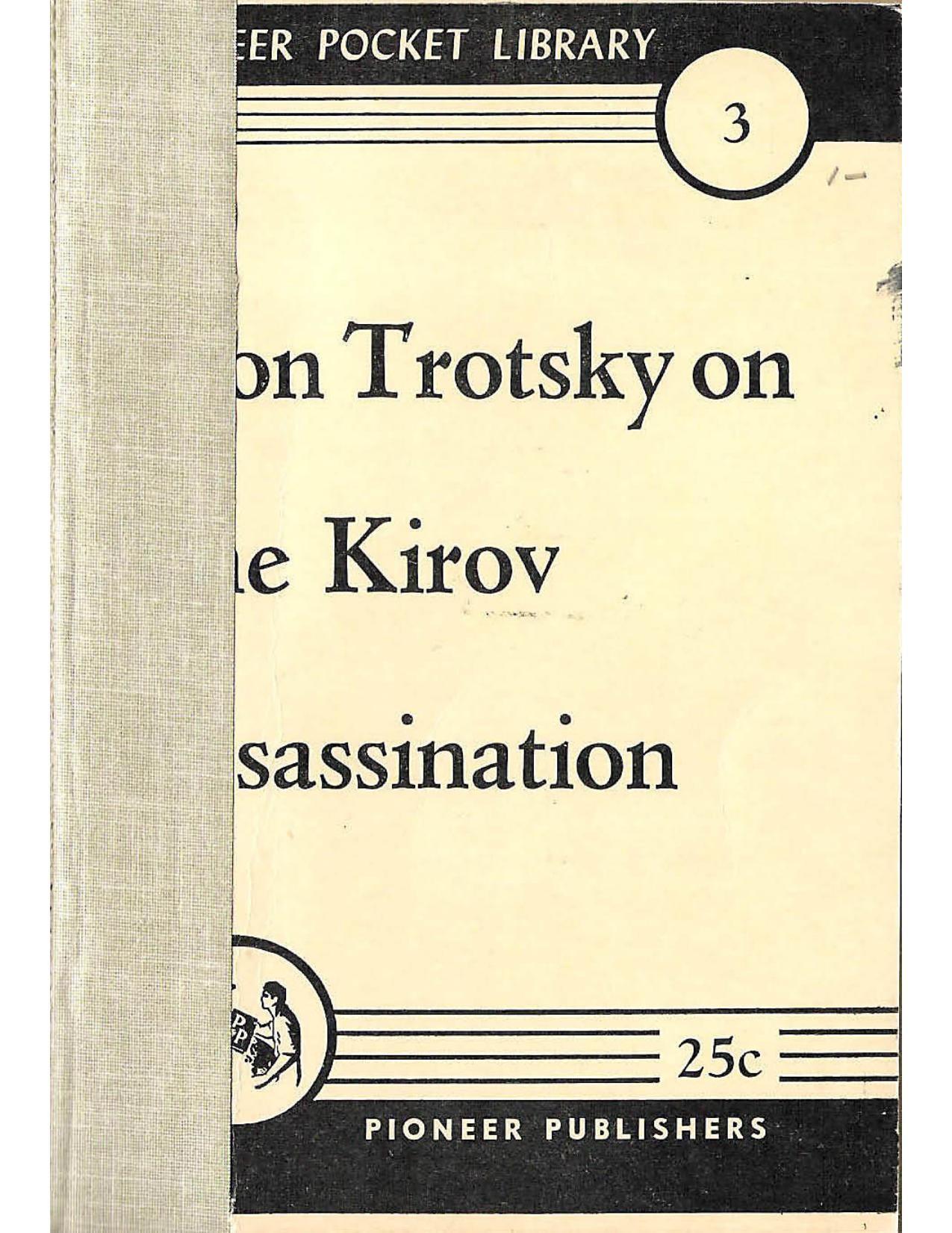 We are republishing this pamphlet, written by Trotsky Bt the end of 1934. It has long been out of print and was so rare that it had become a collector's item.

The subject matter treated is not only of great historic value but has become topical following the Twentieth Congress of the Communist Party of the Soviet Union held in February, 1956. At the Congress Stalin's successors repudiated twenty years of his rule and have since been revealing his crimes, one after another.

Although they now reveal these crimes, Stalin's heirs fail to explain his rise to power or his bloody regime. By implication they attribute his crimes to a paranoic reaction to the Kirov assassination.

Kirov, one of Stalin's henchmen, became the head of the Leningrad Communist Party after the defeat of the Left Opposition, led by Trotsky. His assassin, Nicolaiev, was an obscure employee in the Soviet apparatus. What motivated Nicolaiev in his act has not been revealed by the Kremlin to this day. Stalin, however, seized on this event to intensify his tenor against all opposition in the Soviet Union and rise to absolute power.