The Jewish War of Survival (1947) by Arnold Spencer Leese 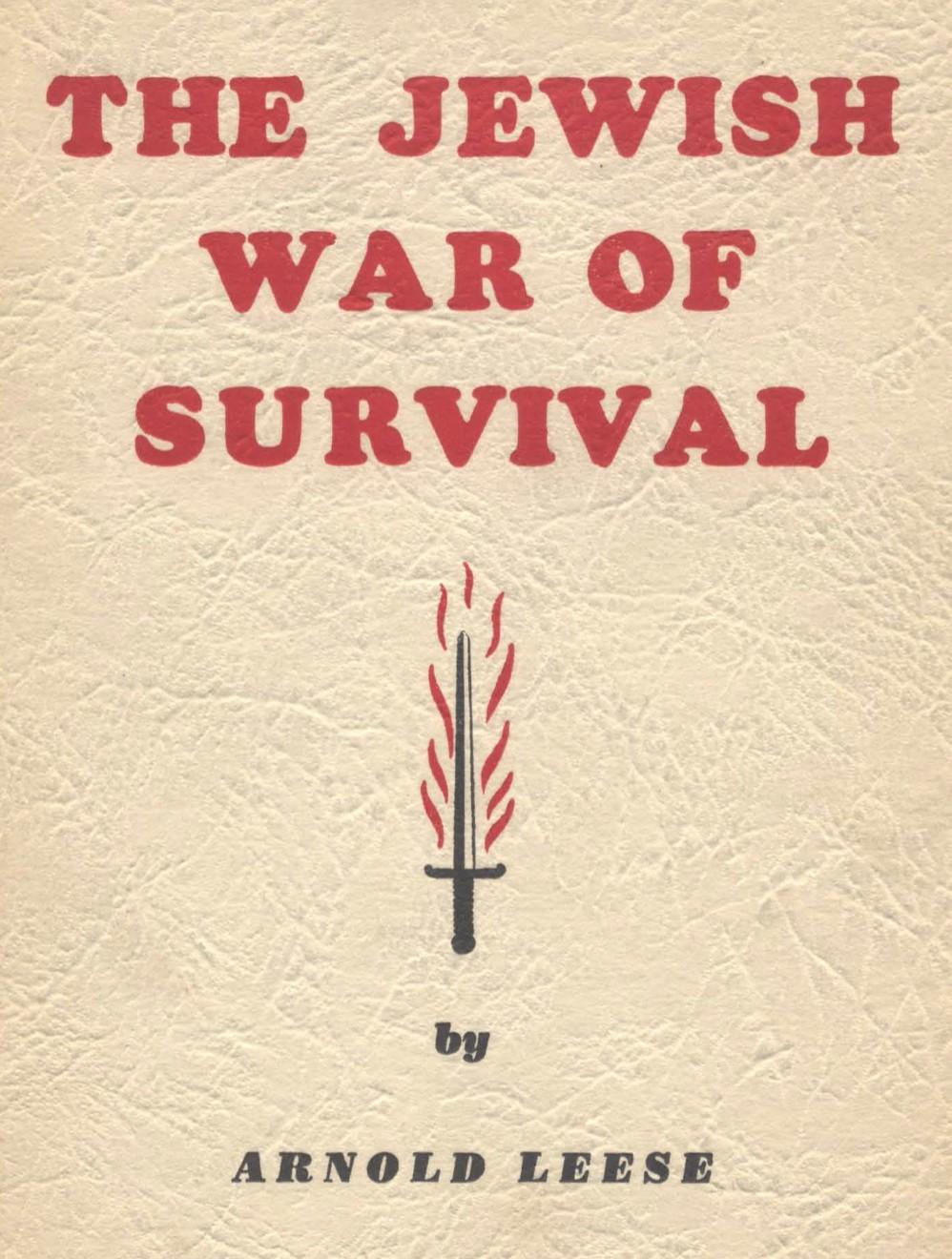 The first edition of my book took nine months to complete. I began work on it in the Spring of 1945. Berlin had fallen and Hitler had died among his soldiers. Mussolini had been bestially murdered. The San Francisco Conference was in full swing.

This book has entailed many hundreds of hours of labour. Working entirely by hand, with the aid of a few friends, countless difficulties had to be overcome. Owing to the limited number of first edition copies produced, I asked my friends to make known the facts contained herein.

The appalling events which have taken place in Europe since the Spring of 1945 are sufficient justification for all that I have written. As long ago as 1924 I stated that there are two things worse, even, than war. The one is INJUSTICE. The other is a Bolshevist Peace!