The Jewish Peril - Protocols of the Learned Elders of Zion (1919) 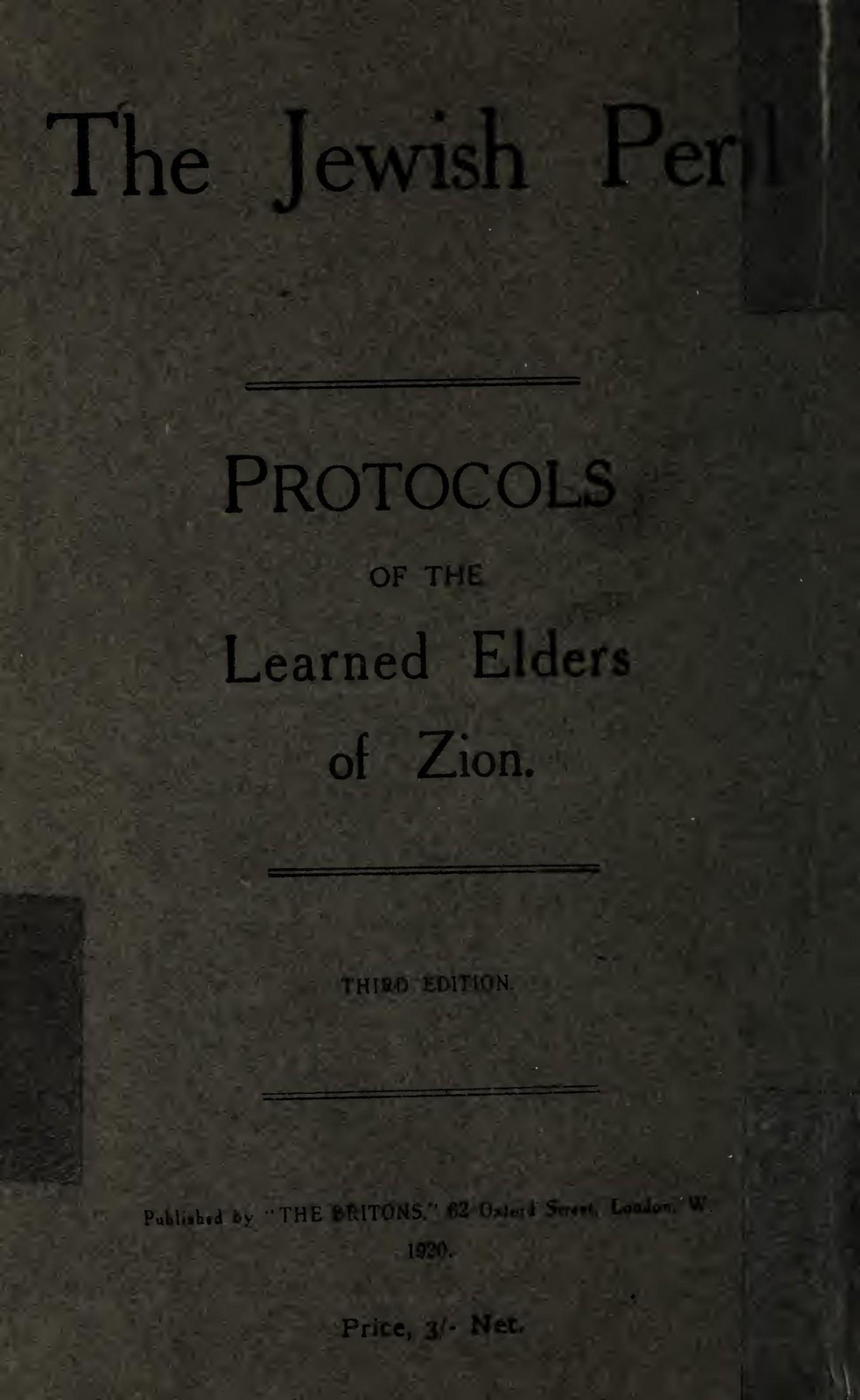 At a moment when the whole of Western Europe is enlarging upon the benefits of constitutional governments and discussing on the one hand the merits and on the other the sins of Maximalism (Bolshevism), I think that I may with advantage put before the English-speaking public, the translation of a book published at Tsarskoye Sielo, in Russia, in the year 1905.

A copy of the original may be seen at the British Museum Library, under No. 3926 d 17, stamped British Museum, 10th August, 1906. How many more copies of the book may be seen in the world, I can hardly say, as, shortly after its appearance in 1905, most copies seem to have been bought up simultaneously and apparently with a purpose. On this point I would only warn my readers that they must not take a copy of this translation to Russia, as anybody in whose possession it is found by the Bolsheviki is immediately shot, as being the bearer of “reactionary propaganda”

The book was presented to the Russian public by Professor Sergyei Nilus.
It contains :—

i. An introduction to the main text, written by Sergyei Nilus in 1905.
ii. Notes on lectures delivered to Jewish students in Paris in the year 1901.
iii. A portion. of an epilogue written by the same Sergyei Nilus. I have not considered it necessary to reproduce the whole of the epilogue, as portions of it would be of no interest to British public, and do not bear upon the question before me, namely, that of the Jewish Peril.

I would ask my readers to bear in mind that the lecture above referred to were delivered in 1901, and that Nilus' Introduction and Epilogue were written in 1905.It is impossible to read any of the parts of this volume today without being struck by the strong prophetic thread which runs through them all, not only as regards the country of Holy Russia, but also as regards certain sinister developments, which may be observed at the present moment throughout the whole world.