The Invisible Government (1962) by Dan Smoot 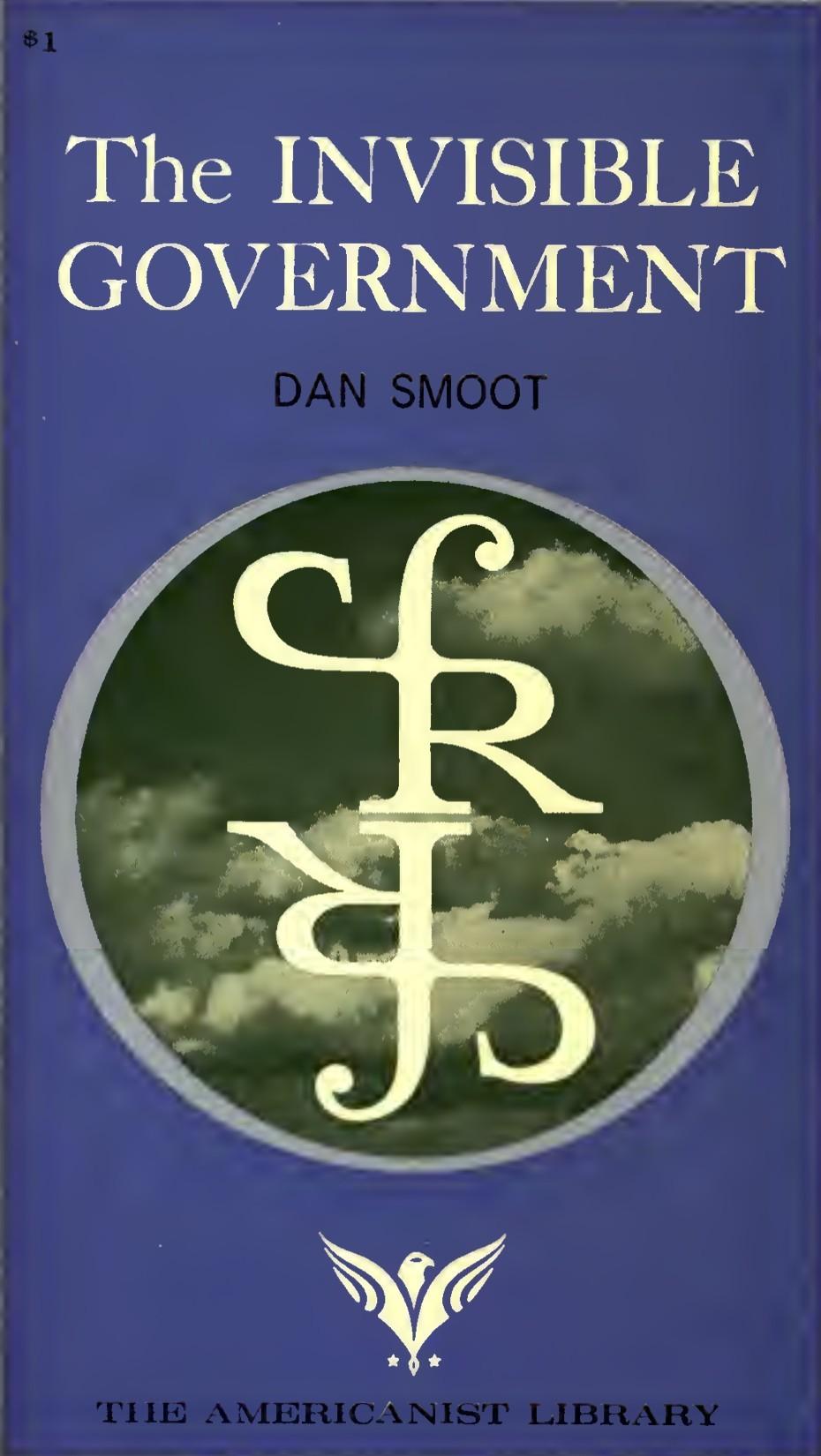 Dan Smoot's "Invisible Government" deals with "The Council on Foreign Relations" founded by Edward Mandel House, one of the Dullers brothers and others devoted to bringing socialism to the United States. In this book, Smoot reveals how the government controls the national media so effectively that vital news seldom reaches the populace at large. For instance, newsmen such as Dan Rather, Tom Brokaw, and many others we entrusted to inform and protect us were members of the Council on Foreign Relations. "The Invisible Government," like "The Shadows of Power" by James Perloff, goes a long ways towards showing the high cost involved with fulfilling the dreams of those determined to create a "New World Order". Much more than the stuff of Ian Flemming or H.G. Wells, Smoot's book reveals and documents how the Council on Foreign Relations is clearly anti-American, pro-socialist, and in league with organizations and individuals hostile to our form of government and way of life. By lifting the confusion and mystery about what is and is not true about recent United States history, Smoot has done an invaluable service. "The Invisible Government" also shows how the tentacles of power can still easily be wrapped around the levers of political control in Washington-reaching into schools, labor unions, colleges, churches, big corporations, and civic organizations. Smoot, a former FBI agent and conservative political activist, published the Dan Smoot Report (which chronicled alleged communist infiltration of the American government and society) for more than two decades.