The International Jew: Aspects of Jewish Power in the United States (1920) 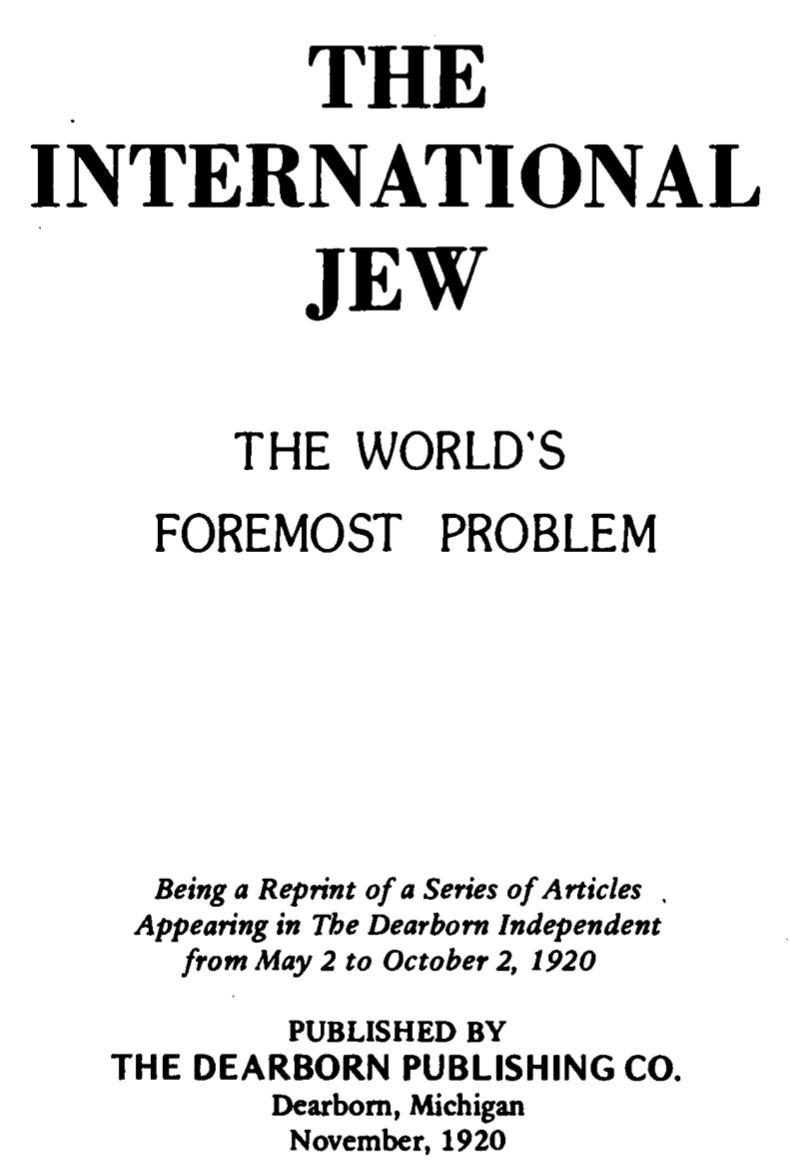 Note the full, original four-volume edition is available here too.

Foreword to the Bi-Centennial Edition (1976)

In the year 1920 Henry Ford, Sr. published The International Jew, a comprehensive survey of Jewish power in the United States and throughout the world. This four-volume work was originally serialized in the Dearborn Independent, the house organ of the Ford Motor Company.
These books have been best-sellers in many parts of the world, and have been translated into the languages of most civilized countries. Sadly, there are many countries today where possession of these books has been made punishable by confiscation or worse. In Germany, for example, a person who wants to borrow The International Jew from a library must first prove that he needs it for historical research. In other words, an ordinary tax-paying member of the public who supports the public library with his hard-earned money is unable to fuMet his knowledge or satisfy his curiosity in this regard..

It is therefore in the interest of spreading truth that we republish these books in full so that new generations shall see for themselves how our problems of today are the same problems which have "mysteriously" occured since the tum of the century. The fact that even the wealthy Henry Ford, Sr. could be forced to withdraw these books, starkly illuminates the power of the Jews, even in the l920's. To reprint The International Jew now, when the Jews are so natch more powerful, is some indication of the tremendous courage of the publisher.

Every American who loves his country should makelit his duty to buy sufficient copies for donation to libraries, universities, business associations, etc.

Most important, every American parent should have at least one set at home to pass on to his children.