The Hidden Hand: The Protocols and the Coming Superman (1933) 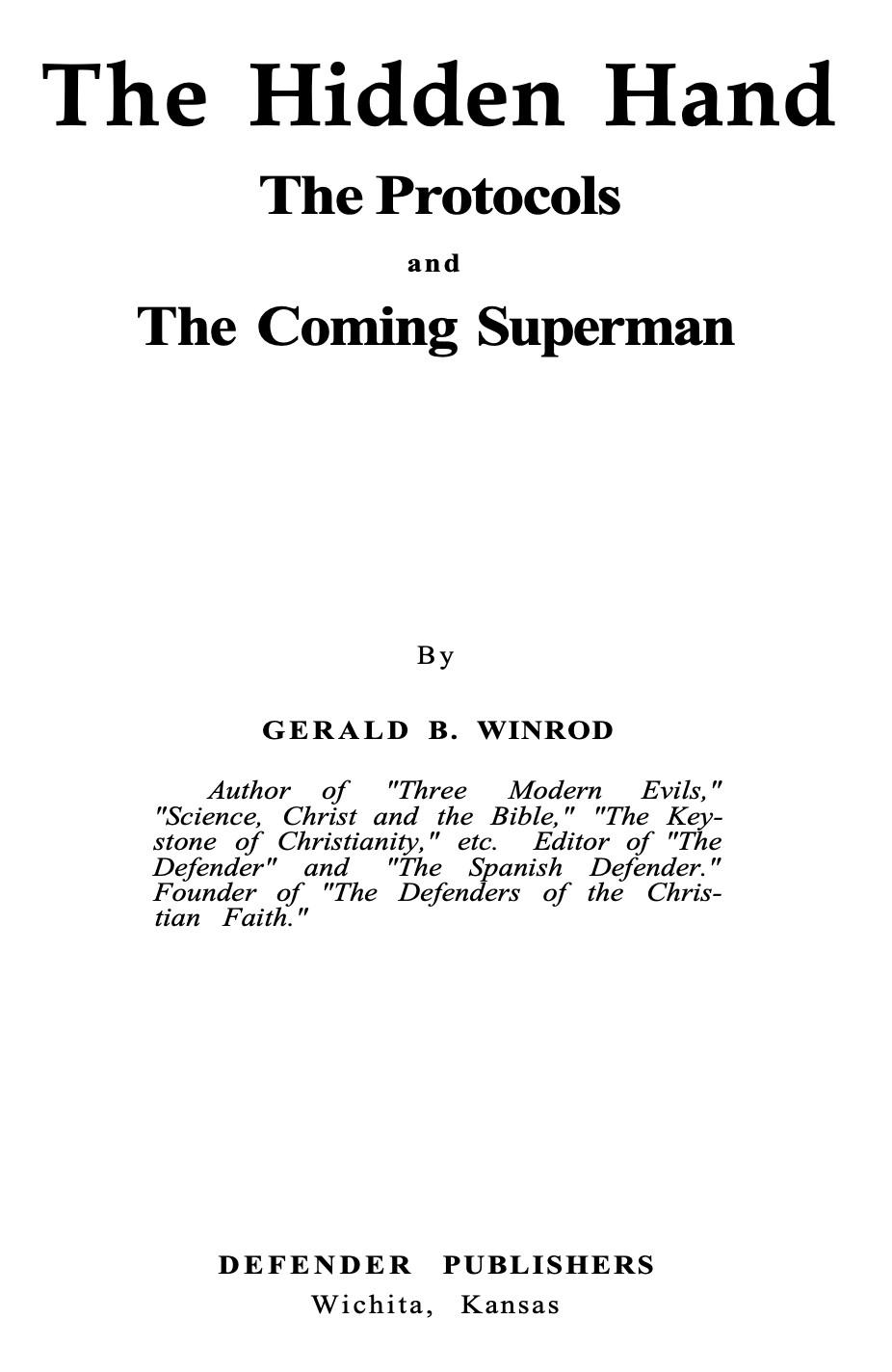 I am not an enemy of the Jews. For many years my written and spoken utterances have abounded with such phrases as, "There is a very real sense in which the Jews are God's Chosen People. Taken as a whole they are the most remarkable race of people in the world. They have retained their existence as a separate and distinct people in spite of hundreds of years of persecution. The most ingenious methods have been used by other nations in seeking their destruction but they have weathered every storm. In the coming world crisis the Jew will play an important part in the drama of fulfilled Bible prophecy. And, let it be remembered that Jesus Christ came to earth dressed in the garb of a Jew."

For nineteen hundred years these strange people have wandered over the earth, like the legend of the Wandering Jew, without a homeland; yet they have retained their race consciousness and are more firmly banded together today than any other nation in the world. This very thing makes them the great miracle of both history and prophecy. No other feature need be considered to confirm the fact that over them there exists a providential leadership.

A BLESSING AND A CURSE

From Genesis to Revelation we read of their origin, national victories, apostasy, delusions, suffering and final triumph. No matter where they go or what they do, as a nation, they are simply being poured into the moulds of pro- phecy, fulfilling a predestinated purpose. It is impossible to understand the historic and prophetic phases of the Bible without understanding the position of the Jews with reference to the program of the ages.