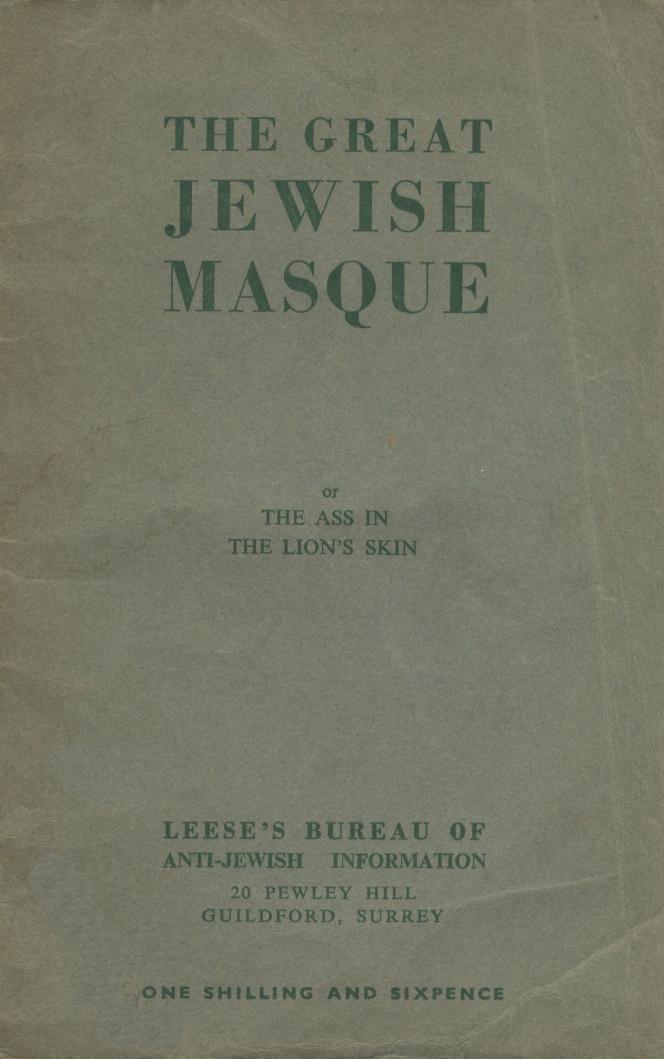 THE Jews, like other childish people, enjoy pretending, and when pretending brings them the tribute due to the character assumed, they revel in it. In this way they have obtained much credit which should not have been given to them. They first were tricked out in borrowed traditions and supplied with an entirely false idea of themselves about 430 B.C. Then commenced the Great Jewish Masque, a pretence which has been maintained to the present day.