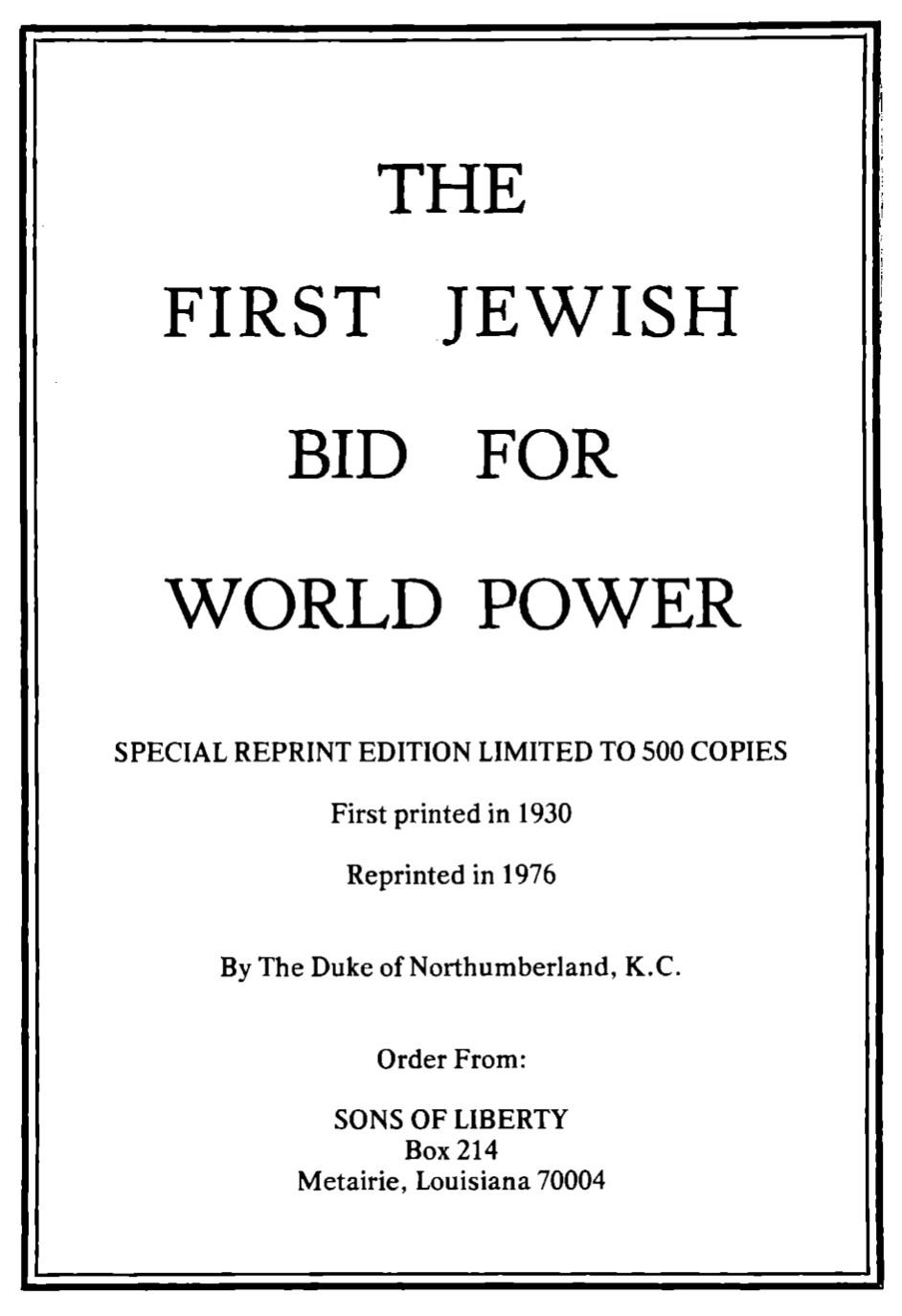 Recent years have seen a stirring among the dry bones of history and some attempts to rectify errors and supply omissions. The strange reticence of historians generally as to the part played by the Jews, especially in the Roman Republic and Empire, has led inevitably to grave misconceptions. It has come to be believed that the Jewish people, after their partial return to Judsea from the second captivity, innocently incurred the hostility of Rome, which culminated in the destruction of Jerusalem and their final dispersion. We have been induced to imagine that they subsequently found themselves in scattered groups, frequently exposed to unmerited persecution, which demands the sympathy of civilised mankind. This impression, which is eminently advantageous from the Jewish point of view, especially at the present time, is absolutely false. The Jews were spread in large colonies over territories which were or came under the control of Rome long before the Diaspora, and had made themselves distinctly formidable politically and otherwise. The remnant, dispersed from Judrea, doubtless, in great part, joined existing long-established communities, and their descendants continue to pursue methods inherited during at least twenty-five centuries.

An important recent work (1927) of 366 pages, profusely illustrated, finely printed, published by the Oxford University Press, and highly commended," aptly illustrates the causes of these persistent misconceptions. The following are the only allusions to Jewish activities in the Roman world : -

Pompey satisfied the knights by adding to the Eastern Provinces. -Judeea and .Jerusalem (p. 133).

This [the strengthening of the Euphrates frontier] policy . . . led in the reign of Nero to a. long and bloody conflict in Judea, The conquest of Judllla was carried out by Vespasian and, after he had been proclaimed Emperor, by his son Titus (p. 223).

Trajan's further designs in the East were arrested by a rebellion in Mesopotamia, a rising of the Jews in Syria and Egypt, and also complications in Africa and Britain (p, 237).

The trade carried on within the [Roman] Empire . . . grew steadily ; the class of traders grew larger, and the Semites-Syrians, Jews and Aramreans-became more prominent members of it (p. 302).

When the dispersion of the Jews took place in the Hellenistic Age, the Jewish communities spread far and wide and were followed, under the Roman Empire, by Christianity (p. 340).

The exchange of commodities [in the later Roman Empire] still went on. . . . Trade . . . dealt chiefly with articles of luxury imported from Eastern countries, and naturally fell into the hands of Eastern mer- chants-Syrians, Levantines, and Jews (p. 354).

This and no more! Who could gather from these bare allusions that the Jews were able to challenge the might of Rome and to raise widespread revolts of the most dangerous character?

In the hope of drawing attention to facts, pregnant with meaning to the Gentile world at the present time, the following brief synopsis has been written.