Home Books The Communist Technique in Britain (1952) by Bob Darke

The Communist Technique in Britain (1952) by Bob Darke

The Communist Technique in Britain (1952) 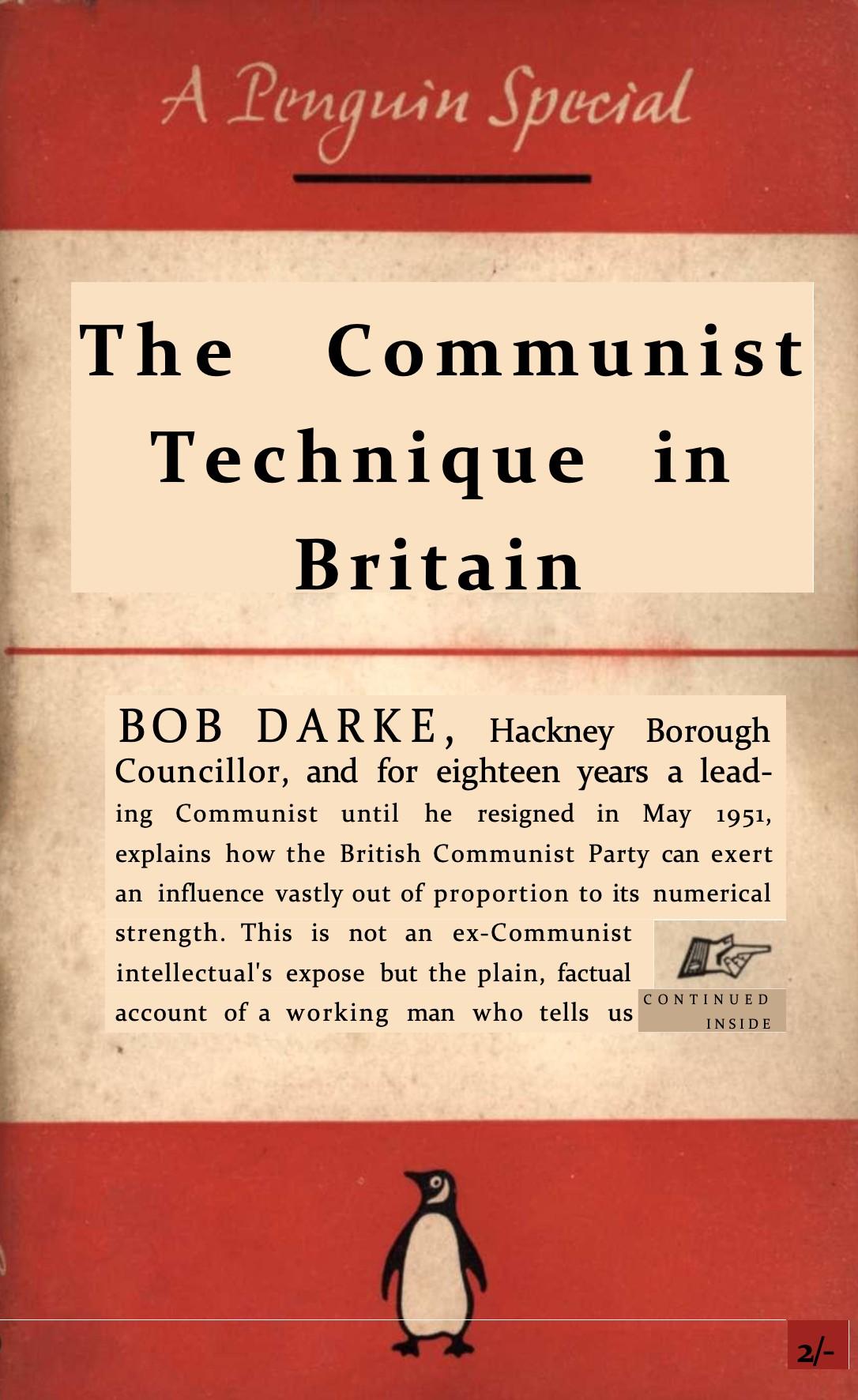 BOB DARKE, Hackney Borough Councillor, and for eighteen years a lead- ing Communist until he resigned in May 1951, explains how the British Communist Party can exert an influence vastly out of proportion to its numerical strength. This is not an ex-Communist intellectual's expose but the plain, factual account of a working man who tells us how Union after Union in the East End fell under Communist control. He explains the Communist technique of taking over a Union, organizing strikes, getting rid of non-Communist Union leaders. He reveals that the Peace Campaign sprang directly from Comintern instructions, and he accuses it of deception and forgery. He tells of his role as a Parliamentary agent when the Party tried desperately to win the South Hackney seat in the 1945 General Election.

His story is authentic. As a member of the Party's important National Industrial Policy Committee he knew more of the Party's tactics than the average comrade. But perhaps the most damning thing of all is his account of the corruption of family life and family loyalties, of the Party's imposition of an iron and uncompromising discipline.

This book is one of the Penguin Specials, a series devoted to the discussion of subjects of current interest and importance, political or otherwise. In this and other Penguin series there have been books expressing diverse opinions on national and world affairs...