Some Facts Concerning Bolshevism, Judaism, Christianity (1933) by A. Homer 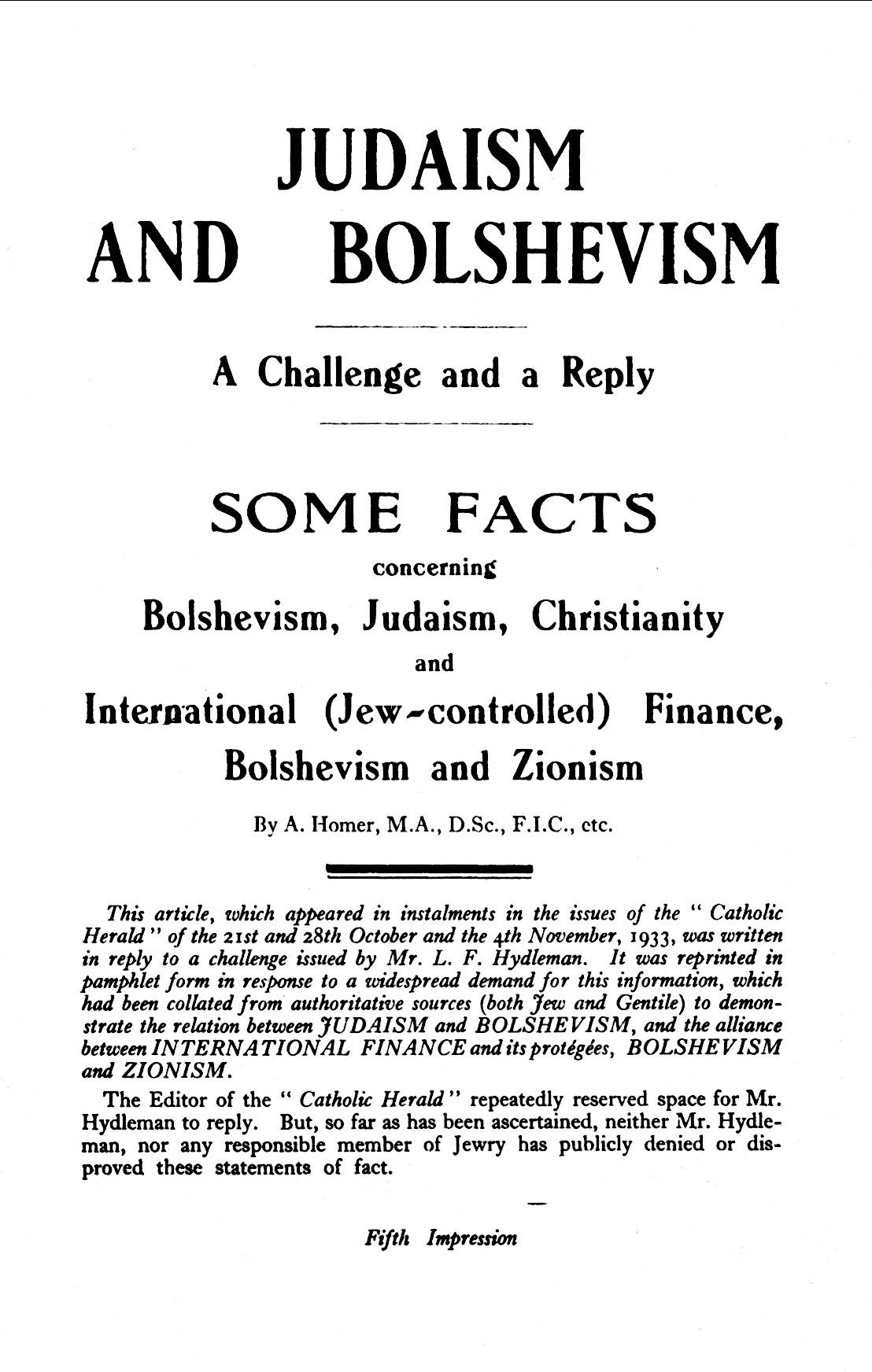 This article, which appeared in instalments in the issues of the "Catholic Herald" of the 21st and 28th October and the 4th November, 1933, was written in reply to a challenge issued by Mr. L. F. Hydleman. It was reprinted in pamphlet form in response to a widespread demand for this information, which had been collated from authoritative sources (both Jew and Gentile) to demonstrate the relation between JUDAISM and BOLSHEVISM, and the alliance between INTERNATIONAL FINANCE and its protégées, BOLSHEVISM and ZIONISM.The Editor of the "Catholic Herald" repeatedly reserved space for Mr. Hydleman to reply. But, so far as has been ascertained, neither Mr. Hydleman, nor any responsible member of Jewry has publicly denied or disproved these statements of fact.