Solzhenitsyn: The Voice of Freedom (1975) 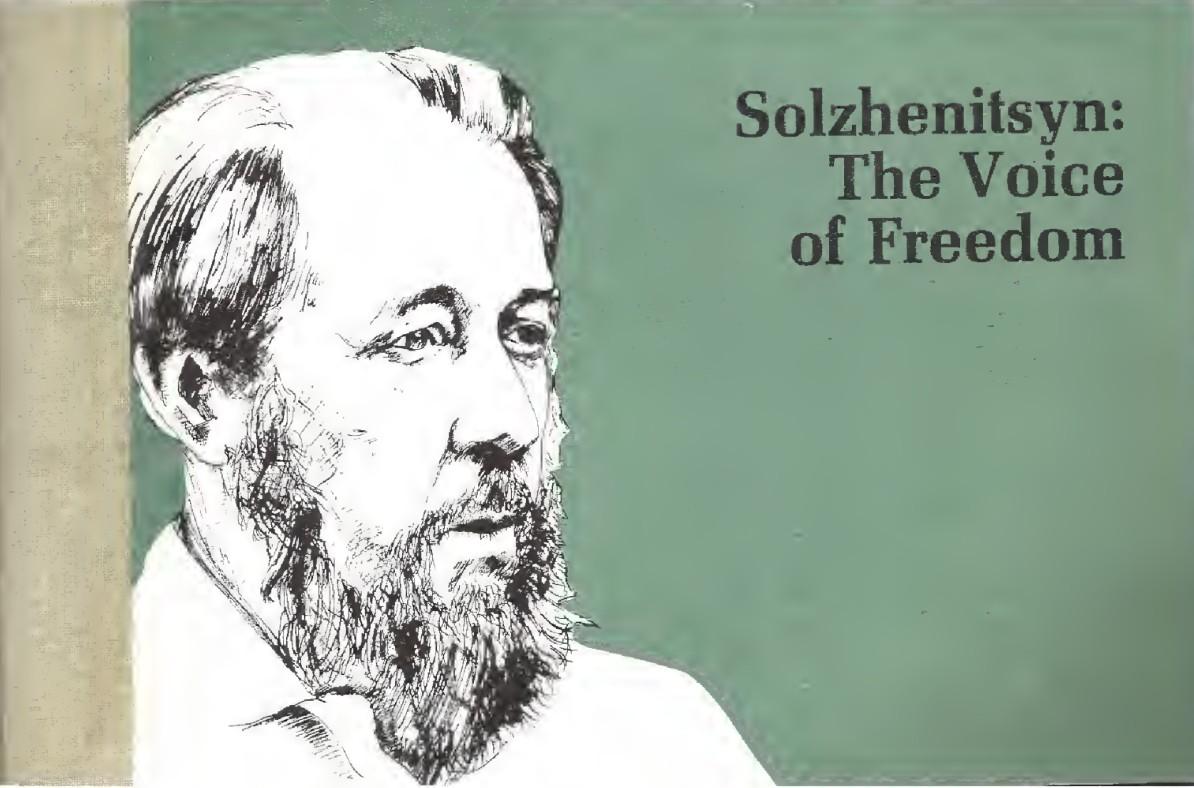 Two Addresses by Aleksandr I. Solzhenitsyn, the Russian novelist who won the Nobel Prize for 1970 and was deported by the Soviet Union in February 1974. On his first visit to the United States, Solzhenitsyn made two addresses under AFI.-Cl() sponsorship. This pamphlet is the translation of those two speeches, the first in Washington, D. C., on June 30, 1975, where he was introduced by AFI.-CIO President George Meany, the second in New York City on Inly 9, 1975, where he was introduced by AFI.-CIO Secretary-Treasurer Lane Kirkland [Page 26).