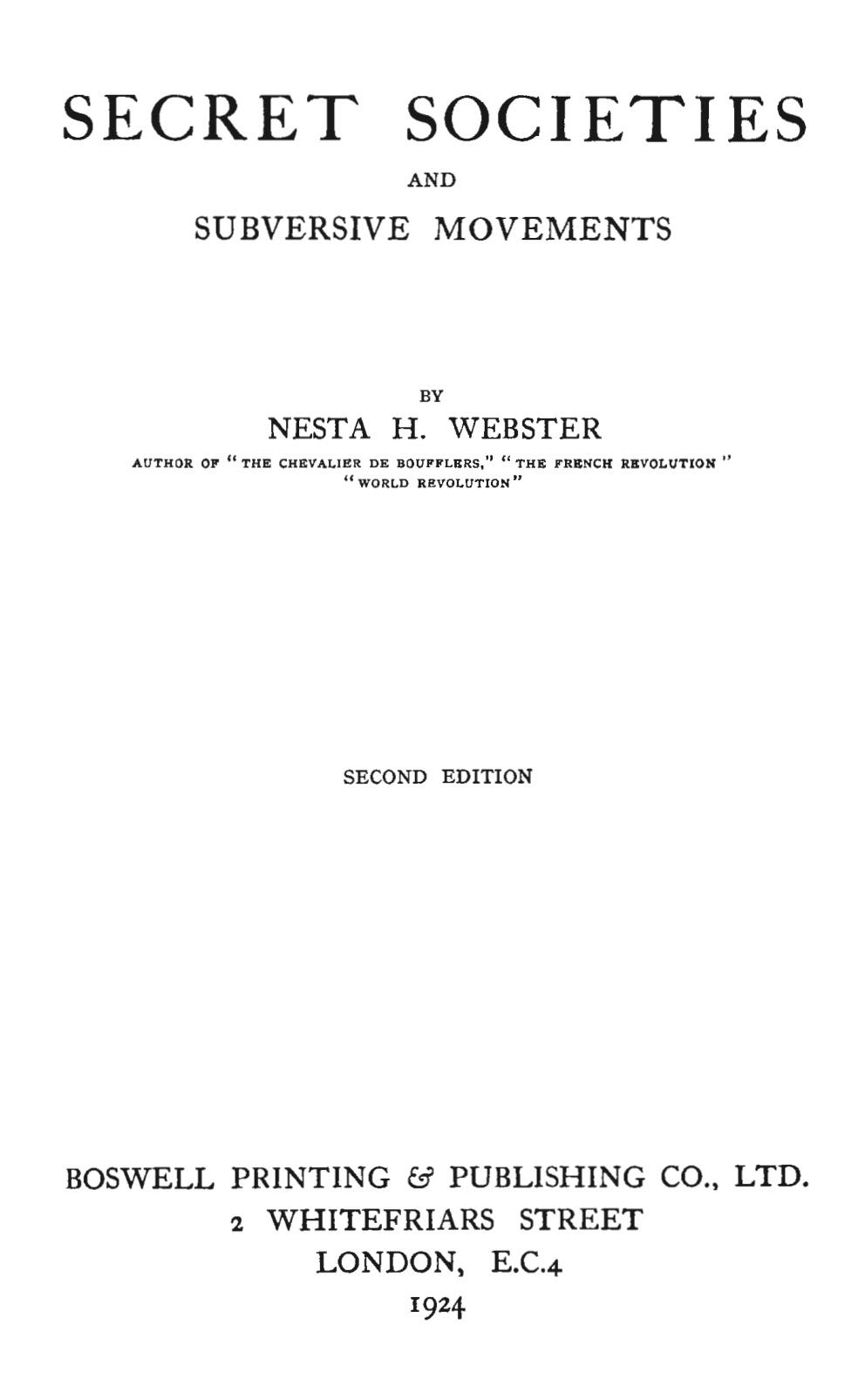 One of the best books on secret societies ever written. Webster was an historical writer who wrote a number of books on the French Revolution. After World War I she was intrigued with the Marxist revolt, so wrote World Revolution, examining how and why people continue to revolt. As her search went deeper, clear meanings surfaced behind our revolutionsand they involved an agenda by secret societies. This book lays out, in historical perspective, how these secret societies and subversive movements have operated from behind the scenes. Not all of them aspire to rule the world or manipulate politics or world currency, but there are some major ones, according to Webster, that are. As a respected writer and world historian, she provides proof from within these pages.

IT is a matter of some regret to me that I have been so far unable to continue the series of studies on the French Revolution of which The Chevalier de ·Bouffiers and The French Revolution, a Study in Democracy formed the first two volumes. But the state of the world at the end of the Great War seemed to demand an enquiry into the present phase of the revolutionary movement, hence my attempt to follow its course up to modern times in W orld Revolution. And now before returning to that first cataclysm I have felt impelled to devote one more book to the Revolution as a whole by going this time further back into the past and attempting to trace its origins from the first century of the Christian era. For it is only by taking a general survey of the movement that it is possible to understand the causes of ariy particular phase of its existence. The French Revolution did not arise merely out of conditions or ideas peculiar to the eighteenth century , nor the Bolshevist Re:volution out of political and social conditions in Russia or the teaching of Karl Marx. Both these explosions were produced by forces which, making use of popular suffering and discontent, had long been gathering strength for an onslaught not only on Christianity, but on all social and moral order.