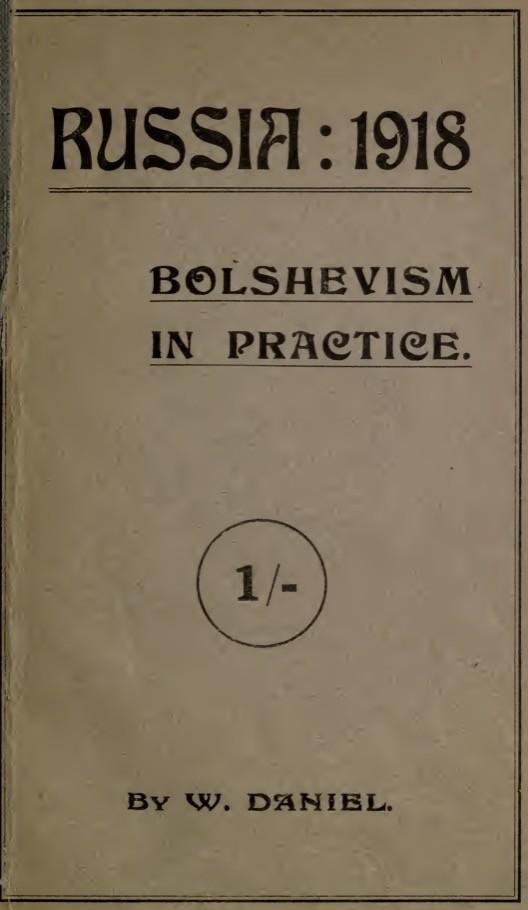 THE publication of this series of notes on the events in Russia during the first year of the Bolshevik regime should prove of advantage all round in helping the general public to understand, from the point of view of the details of daily life, what is happening in Russia to-day. In perusing this little volume it is necessary to bear in mind the fundamental difference in character between our own and the Russian race, as otherwise the reader will fail to comprehend how the various changes of opinion, as here set forth, could possibly take place.

The urgent assistance and sympathy of the whole British race is necessary to help this great nation in dire distress, -whose inhabitants were deceived' and znaltreated in the past as in the present, are thoroughly mystified by the enormity of what has occurred, and are utterly unable themselves to understand the series of events happening in their own country. Their very faith has been put up to blasphemy and declared to be a worthless relic of the old order of things, thus uprooting the beliefs of centuries , their characters have been unstablied by the ever changing and kaleidoscopic series of events , their lives. their very souls have become the playthings of a guilty minority, which jeers at the distraction of the mothers who by acts of murder show their inability to witness further the agony of their starving babes, and which claims as rightful recruits for prostitution all youth and innocence in the land.

Civilization has been uprooted in that unhappy country, the sufferings of all classes have never been so great, hunger, disease and unemployment stalk through the land, whilst one can safely predict that a continuation of the present methods of administration would eventually lead to the extermination of the entire population from the effects of starvation alone.