Red Dusk and The Morrow: Adventures and Investigations in Red Russia (1922) 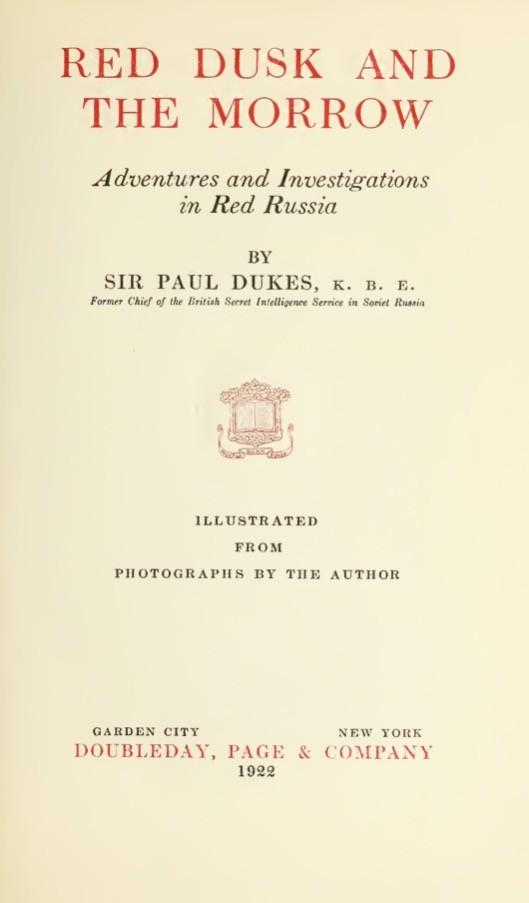 IF EVER there was a period when people blindly hitched their wagons to shibboleths and slogans instead of stars it is the present. In the helter-skelter of events which constantly outrun mankind, the essential meaning of commonly used words is becoming increasingly confused. Not only the abstract ideas of liberty, equality, and fraternity, but more concrete and more recently popularized ones such as proletariat, bourgeois, soviet, are already surrounded with a sort of fungous growth concealing their real meaning, so that every time they are employed they have to be freshly defined.

The phenomenon of Red Russia is a supreme ex- ample of the triumph over reason of the shibboleth, the slogan, and the political catchword. War-weary and politics-weary, the Russian people easily succumbed to those who promised wildly what nobody could give, the promisers least of all. Catchwords such as "All Power to the Soviets," possessing cryptic power before their coiners seized the reins of government, were after- ward discovered either to have no meaning whatsoever, or else to be endowed with some arbitrary, variable, and quite unforeseen sense. Similarly, words such as "workers," "bourgeois," "proletariat," "imperialist," "socialist," "cooperative," "soviet," are endowed by mob orators everywhere, with arbitrary significations, meaning one thing one day and another the next as occasion demands.