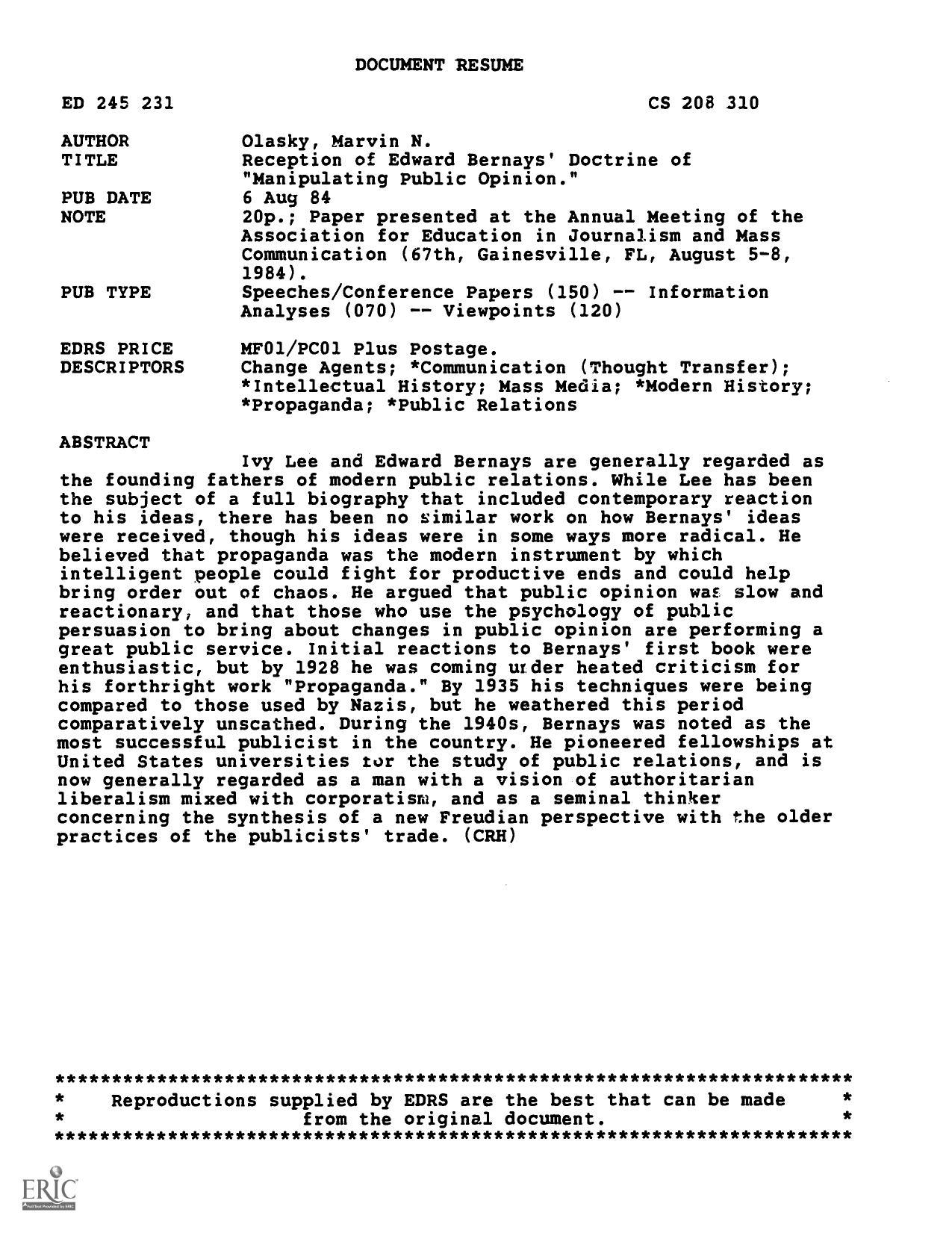 Paper presented at the Annual Meeting of the Association for Education in Journalism and Mass Comunication (67th, Gainesvile, FL, August 5-8, 1984).

Ivy Lee and Edward Bernays are generally regarded as the founding fathers of modern public relations. While Lee has been the subject of a full biography that included contemporary reaction to his ideas, there has been no similar work on how Bernays' ideas were received, though his ideas were in some ways more radical. He believed that propaganda was the modern instrument by which intelligent people could fight for productive ends and could help bring order out of chaos. He argued that public opinion war slow and reactionary, and that those who use the psychology of public persuasion to bring about changes in public opinion are performing a great public service. Initial reactions to Bernays' first book were enthusiastic, but by 1928 he was coming under heated criticism for his forthright work "Propaganda." By 1935 his techniques were being compared to those used by Nazis, but he weathered this period comparatively unscathed. During the 1940s, Bernays was noted as the most successful publicist in the country. He pioneered fellowships at United States universities for the study of public relations, and is now generally regarded as a man with a vision of authoritarian liberalism mixed with corporatism, and as a seminal thinker concerning the synthesis of a new Freudian perspective with the older practices of the publicists' trade. (CRH)