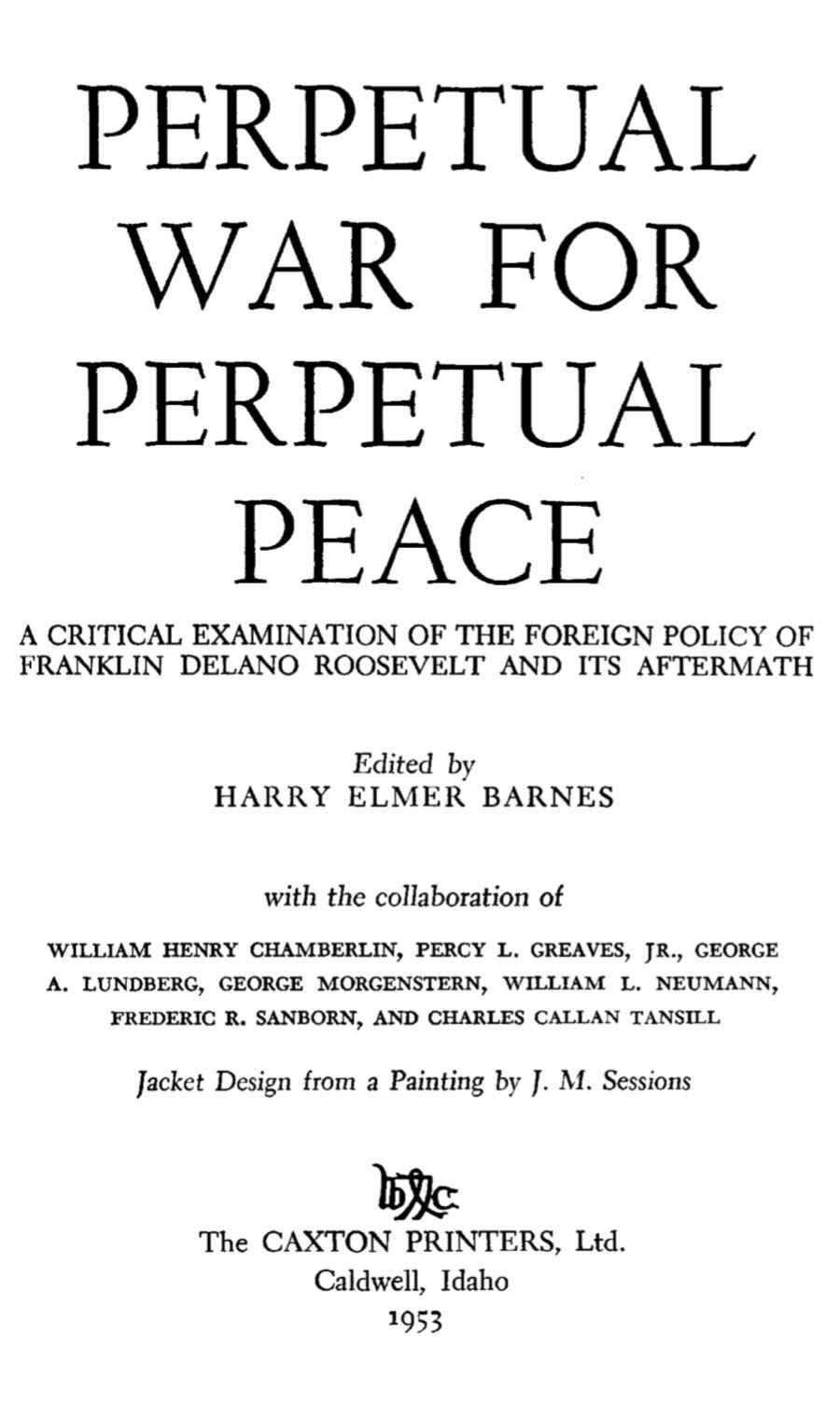 A collection of revisionist essays edited by Harry Elmer Barnes dealing with the duplicity of American foreign policy leading up to the Second World War.

Shows how the Roosevelt Administration deliberately manipulated events in Europe and Asia to bring the Us into the war; how Roosevelt was aware of the date, time and place of the Pearl Harbor attack before it happened (and deliberately let it go ahead); and much more. The authors show the deception perpetrated against the American people, who were 80 percent opposed to entering the war.

Extracts from the Preface by Harry Elmer Barnes:

This book is a critical survey and appraisal of the development of American foreign policy during the Presidency of Franklin D. Roosevelt and of its results, as they have affected the course of world history, the national interest of the United States, and the welfare of its citizens.

The contributors to this volume represent the outstanding living revisionist historians, social scientists, and publicists who have thus far contributed actively to the furtherance of revisionist studies relative to the second World War. Each is a specialist in the field which he treats in his chapter. An effort has been made to cover adequately all the main aspects of the recent foreign policy of the United States.

The editor deals with the blackout of material concerning the revisionist position relative to responsibility for the second World War and the cold war.

Those readers who are stimulated to pursue further the subjects touched upon in any or all of these chapters will find ample guidance to more detailed literature in the footnotes or bibliographies of these chapters. There is no probability that later evidence will require any moderation of the indictment of our foreign policy since 1914, and, especially, since 1933.

There is no doubt that the opponents of truth and realism relative to recent world history and to American foreign policy will seek to smear this book as an example of, and appeal to, isolationism. Such criticism is as silly as it is inevitable today. The authors are all widely travelled men. They are all students of world affairs and of those changes in world conditions which have brought the peoples of the world into closer relationships, at least so far as the agencies of communication and transportation and their cultural impact are concerned. They know that the world has changed since the days of Abraham Lincoln. They favor the
utmost possible development in the way of international contacts, relationships, and understanding, and amicable co-operation between the United States and other countries of the world.