Home Books On the Jewish Question (1844) by Karl Marx 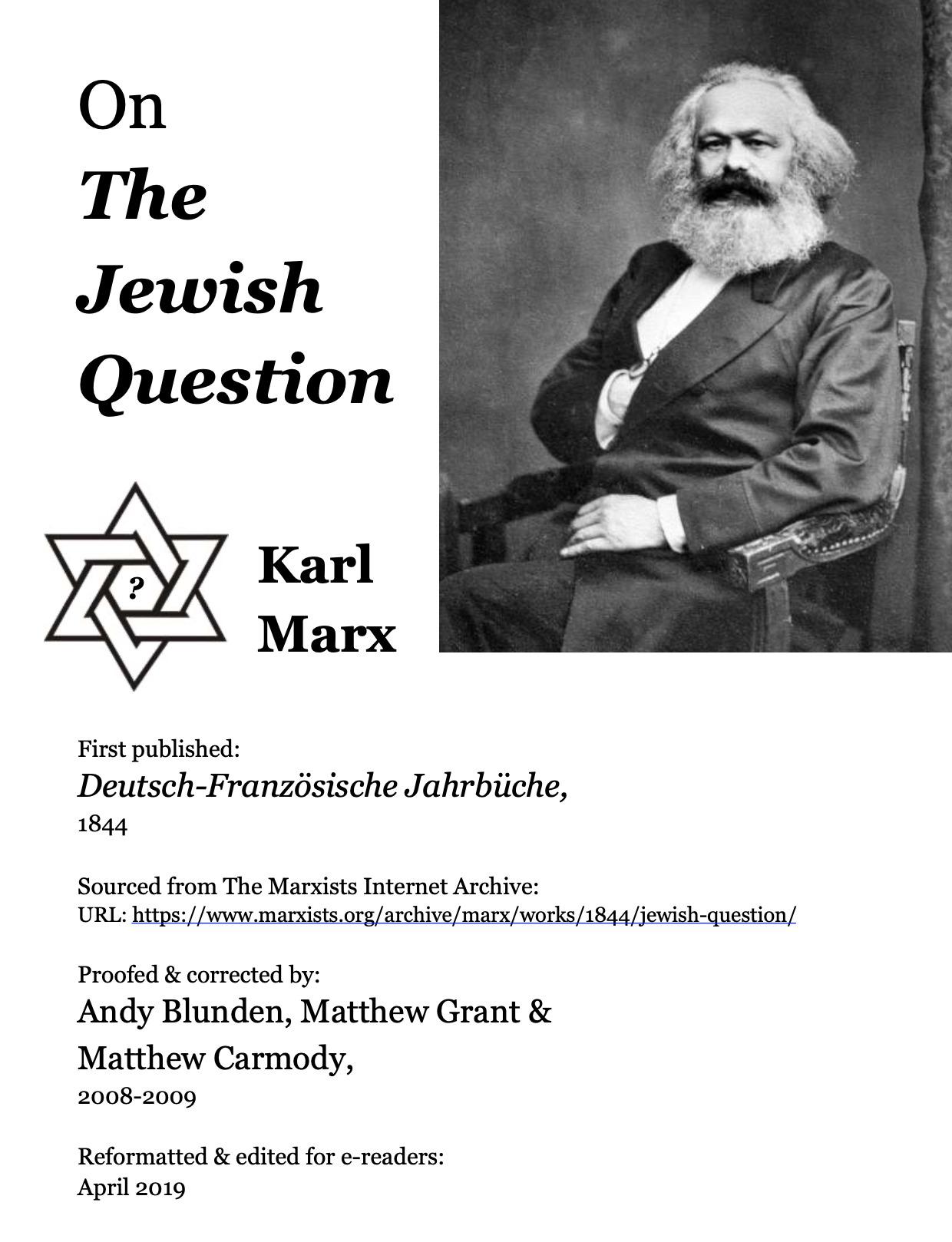 This essay, originally published in 1844 as Zur Judenfrage, must be one of Karl Marx's most ignored and suppressed works. Marx, himself of Jewish descent, while answering an essay by fellow Hegelist philosopher Bruno Bauer on the topic of the emancipation of Jews in Prussia, raged polemically against Jewish behavior and culture, asking and answering his own questions this way: "What is the secular basis of Judaism? Practical need, self-interest. What is the worldly cult of the Jews? Huckstering. What is his worldly god? Money! ... What is contained abstractly in the Jewish religion - contempt for theory, for art, for history, for man as an end in himself."