Home Books Occupation of The Ruhr (1923) by Berthold Singer

Occupation of The Ruhr (1923) by Berthold Singer 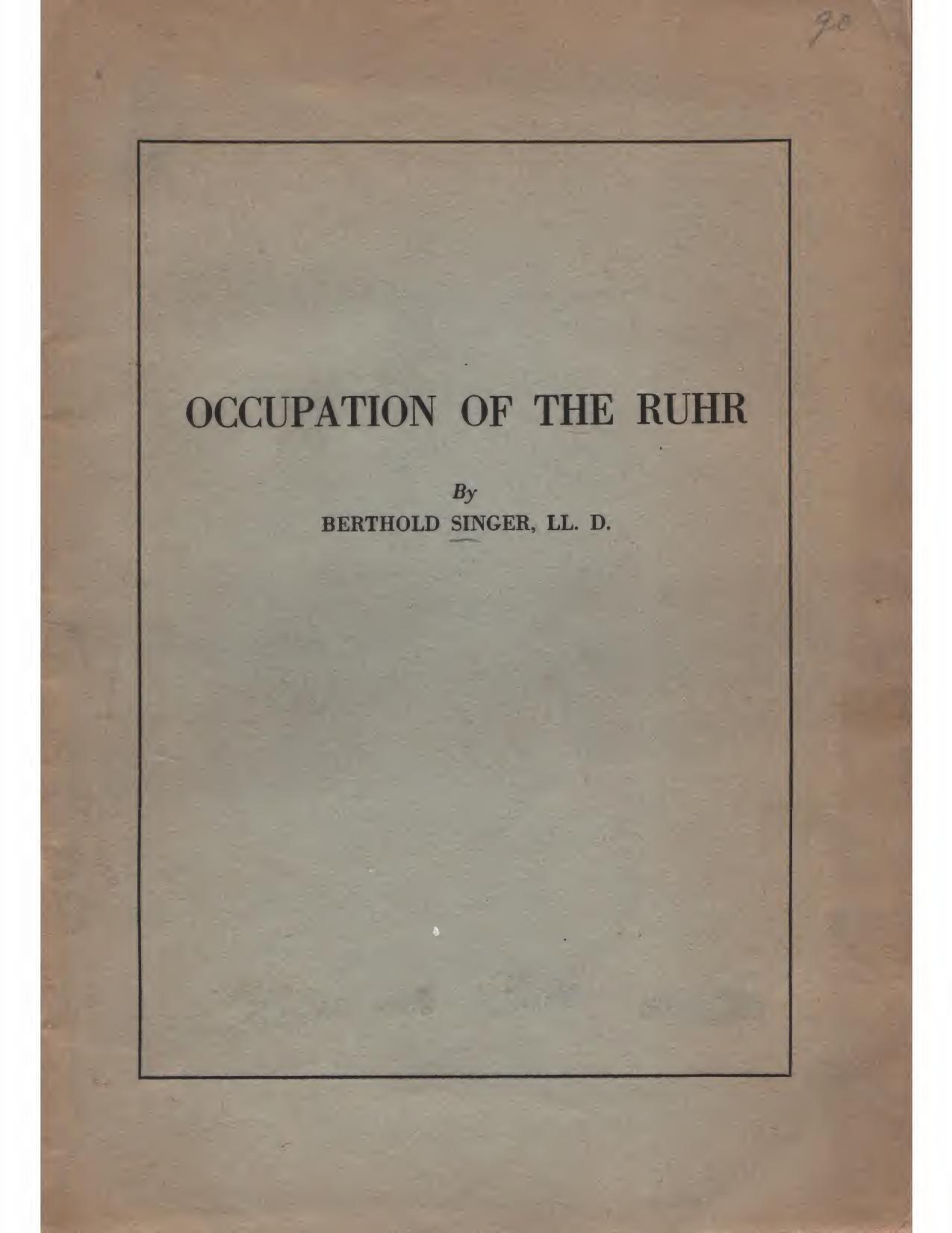 The torrent of literature that has swept the earth as a result of the war must also be considered one of the atrocities which followed in the wake of the catastrophe. Large and small books describing the actual fighting in its various aspects, volumes upon volumes attempting to place the responsibility for the dreadful turn of affairs definitely on one side or the other, or on both, heavy tomes and slender pamphlets advising the statesmen of all nations what should have been done after the war. or what should not have been done and why not, have appeared with unbelievable speed and are increasing with bitter futility. It may he confessed that they are disappearing at the same speed at which they are appearing, each being overreached at the time of its publication by a successor quite able to prove exactly the contrary of what the predecessor has conclusively shown.

Even this situation, the desire of the people to express their opinion in writing about a matter that affects all of us, has nothing marvellous in it. Since the art of printing books has been invented no political event has become of such economical importance affecting the entire civilized world as The Great War. Other wars have lasted longer, were fought over larger territory, the principles at stake may in fact have been more ideal than the actual principles about which the last war was fought. The economical consequences, however, were almost limited in former wars to the actual participants in the war and to a much slighter degree did they extend to the neutrals, and particularly to the neutrals of remote countries. It is different at the present time and it has become particularly different since the war ceased.

The economical revolution initiated by the peace throws not only its shadow but its actual devastating weight over all quarters of the globe, from Siberia to Spain, from Argentina to Italy. Even though the people may have become convinced that war, and especially this war, has been a most dreadful happening, they have become more convinced that the peace and the events which followed the peace seem to be more dreadful.

One of the most consequential important episodes of this peace is undoubtedly that step which in a general way has been termed "The Occupation of the Ruhr." The daily press continues to bring reports almost to the same extent, to the same full length, and about in the same tone. in which these daily reports came in between July, 1914, and November, 1918. Occupations, executions, oppressions, and whatever the terms may be to which we have become accustomed in the war news, we encounter them once more in those reports which deal with this “peaceful occupation.”