Nonviolent Resistance in Lithuania - A Story of a Peaceful Liberation (2005) 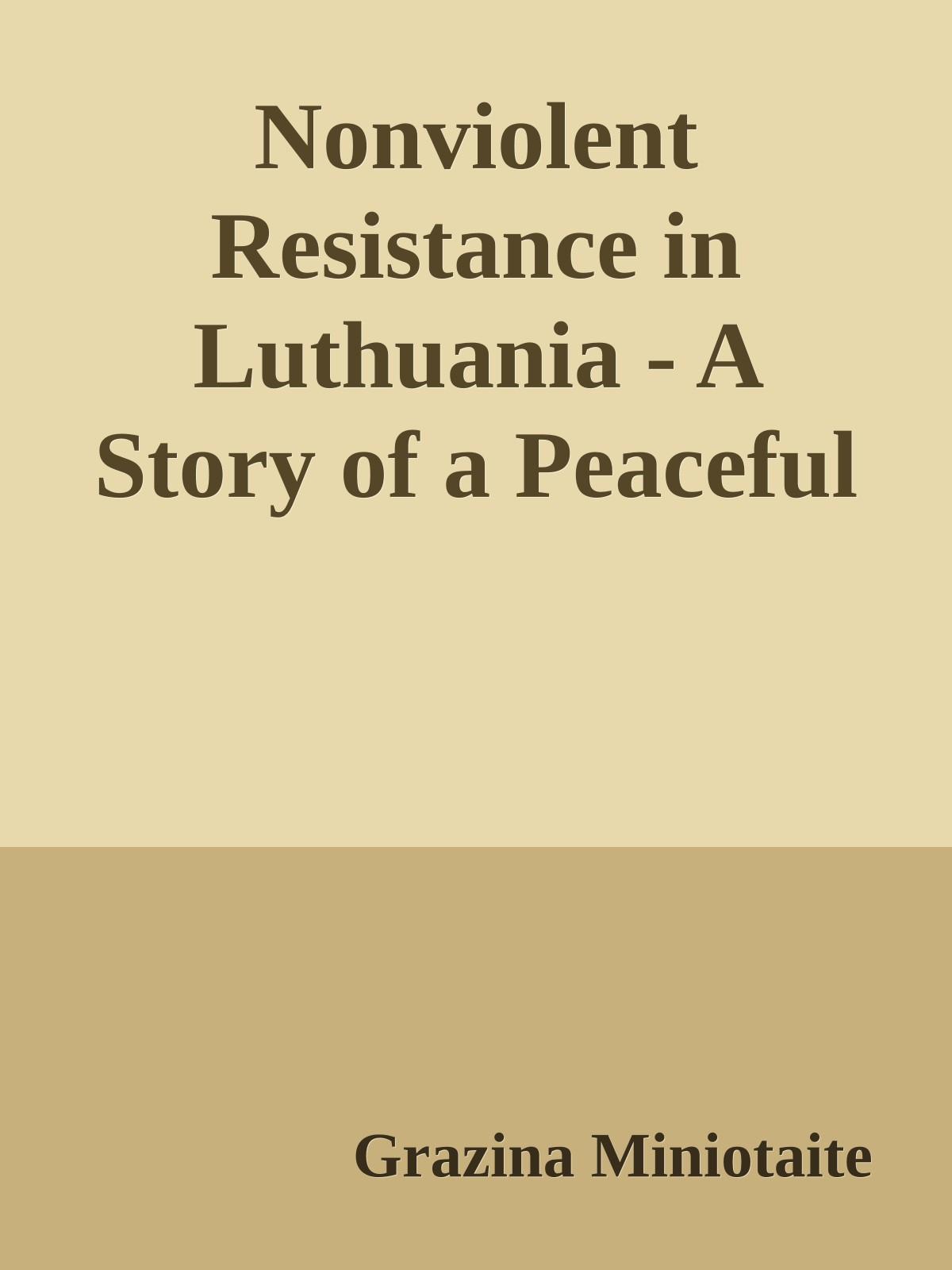 No written work is ever the product of its author alone. This monograph was inspired by the extraordinary actions of thousands of Lithuanians in their quest for independence. The efforts of numerous historians, writers, and activists to reveal the nature of Lithuania’s subjugation and liberation have thoroughly informed this work.

Discussions with scholars from The Albert Einstein Institution between 1991–94 in Vilnius further inspired me to undertake this project. My special thanks go to Dr. Gene Sharp for helping me focus on the problems of nonviolent action and for his enduring solidarity. I would also like to thank Bruce Jenkins for his immensely helpful and pertinent suggestions, revisions, and editing, all of which greatly improved this monograph. I am also grateful to Joshua Paulson for his assistance in editing the manuscript and for many useful comments, and to Chris Miller for managing the process and keeping track of various drafts. I am also very grateful to Algirdas Degutis not only for translating my original manuscript into English but also for typing and correcting the entire text with great efficiency and patience. I would also like to express my gratitude to Professor Hakan Wiberg for showing a great and stimulating interest in my work.

I am pleased that this work is now available in English through the cooperation of The Albert Einstein Institution. Previous versions have been printed in Italian (Lituania: La Storia Della Liberazione Nonviolenta, Molfetta: La Meridiana, 1995) and Mandarin (Nonviolent Resistance in Lithuania: A Story of Peaceful Liberation, Taipei, 1997).
While I have benefited from the kind assistance and encouragement of many, I alone bear responsibility for the content of this work.

I object to violence because, when it appears to do good, the good is only temporary, the evil it does is permanent.
-- M. K. Gandhi

Lithuania was the first republic of the former Soviet Union to declare its independence. On March 11, 1990, a mere 1.5% of the Soviet population—inhabiting only 0.3% of Soviet territory—posed a fundamental challenge to the vast empire and its powerful apparatus of repression. The world had indeed noticed the challenge, though at first with little formal engagement yet plenty of (if at times condescending) sympathy. Only after the bloody events of January 1991 and the failed hard-line August 1991 putsch attempt did Lithuania receive widespread international recognition. On September 17, 1991, Lithuania was granted membership in the United Nations.

Lithuania’s struggle, like those of Estonia and Latvia, exemplified the nonviolent way of East European liberation from the grip of totalitarian empire. Taken together, the scale of the East European nonviolent liberation movements can only be compared to India’s drive for independence, led by Mohandas Gandhi.