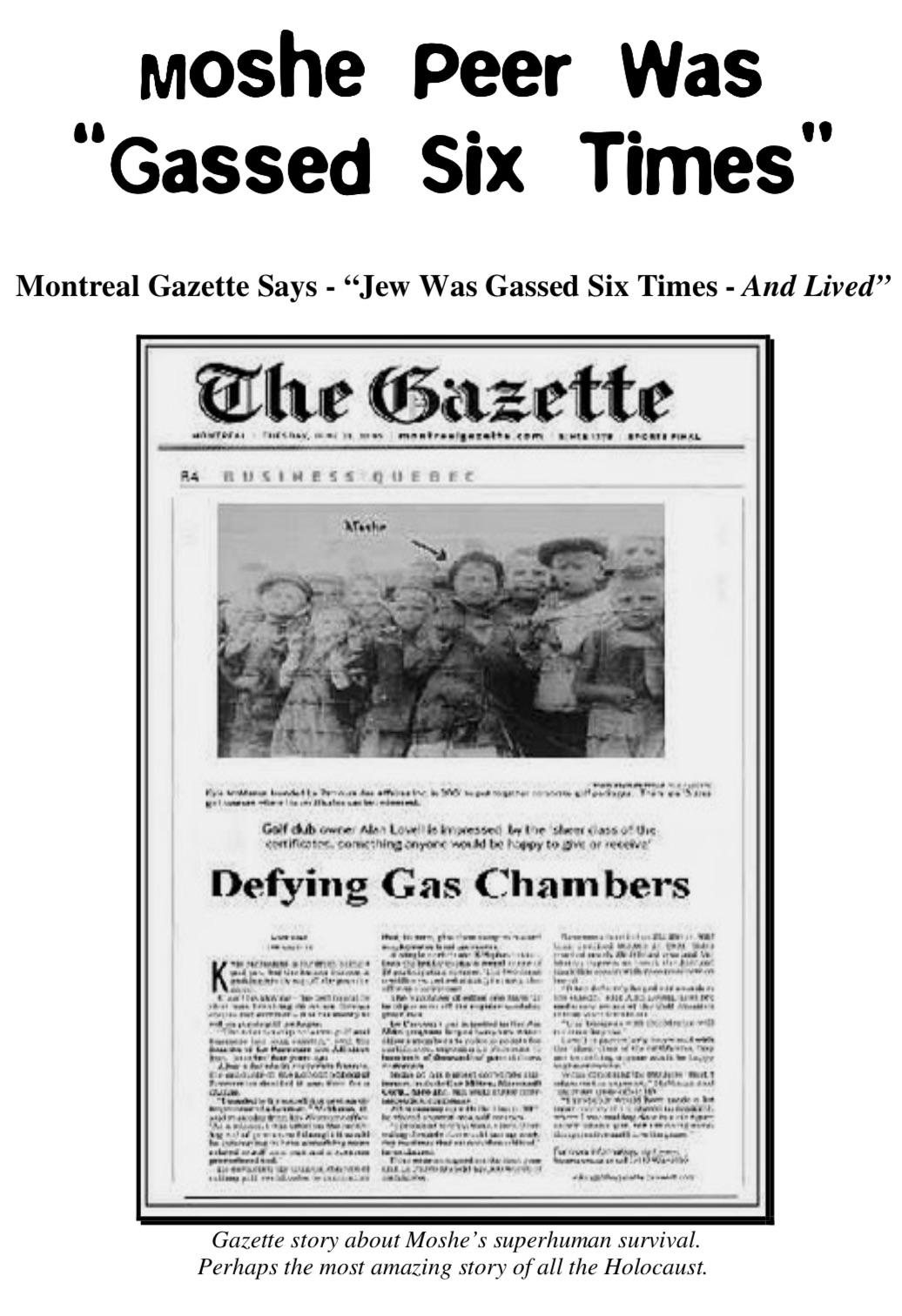 Nine year old Moishe is arrested, and sent to Bergen-Belsen, with his family. His mother is gassed and died, but Moshe was gassed six times... and lived. Each time he survived, he watched with horror as many of the women and children gassed with him collapsed and died. To this day, Peer doesn't know how he was able to survive. "Maybe children resist better, I don't know," he said in an interview last week.

Moshe Is Now A Speaker

He tours Canada talking to children, telling them of the horrors of the death camps.

Moshe tells stories of how people would faint at morning roll call, and Germans would kill them for fainting. He also witnesses Russian soldiers barbecuing each other out of starvation. Peer and his siblings, all survived, along with their father. The family moved to Israel. Peer's four children were born in Israel, and after serving in the Israeli army in a number of wars, Peer moved to Montreal in 1974.

Moshe is often awaken with nightmares, he blames the world for standing by as 6,000,000 Jews
were gassed.