Militarism - The New Slavery for America (1955) by John T. Flynn

Militarism - The New Slavery for America (1955) 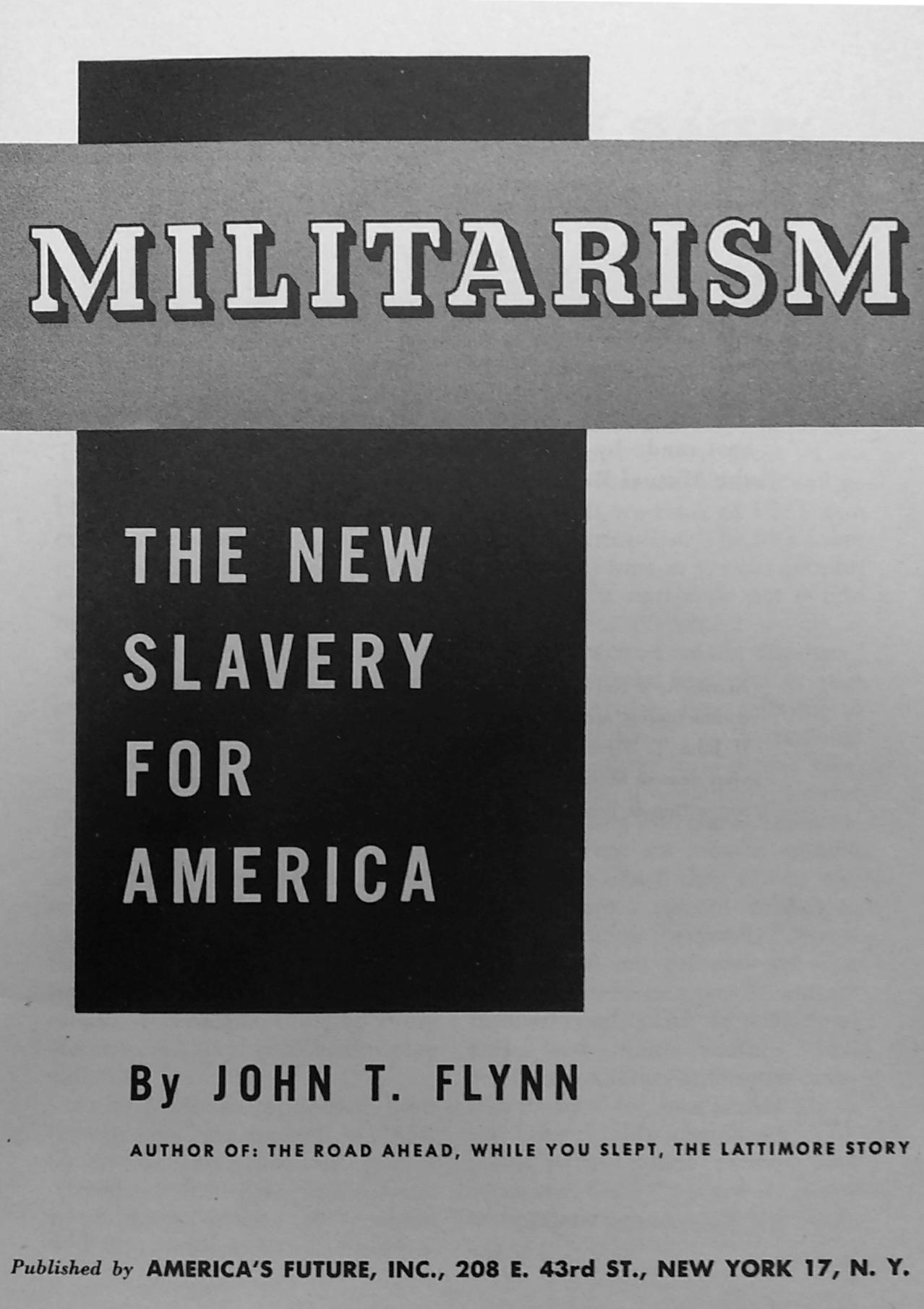 The story that follows is an expansion of a broadcast made by John T. Flynn over the facilities of the Mutual Broadcasting System on June 5, 1955.

The people of the United States are now confronted by a movement to introduce into this country the project of Universal Military Training‐UMT, as it is called‐as a permanent institution. The ostensible purpose is to create a great reservoir of manpower to fight what‐ ever global or other wars in which we may be involved.