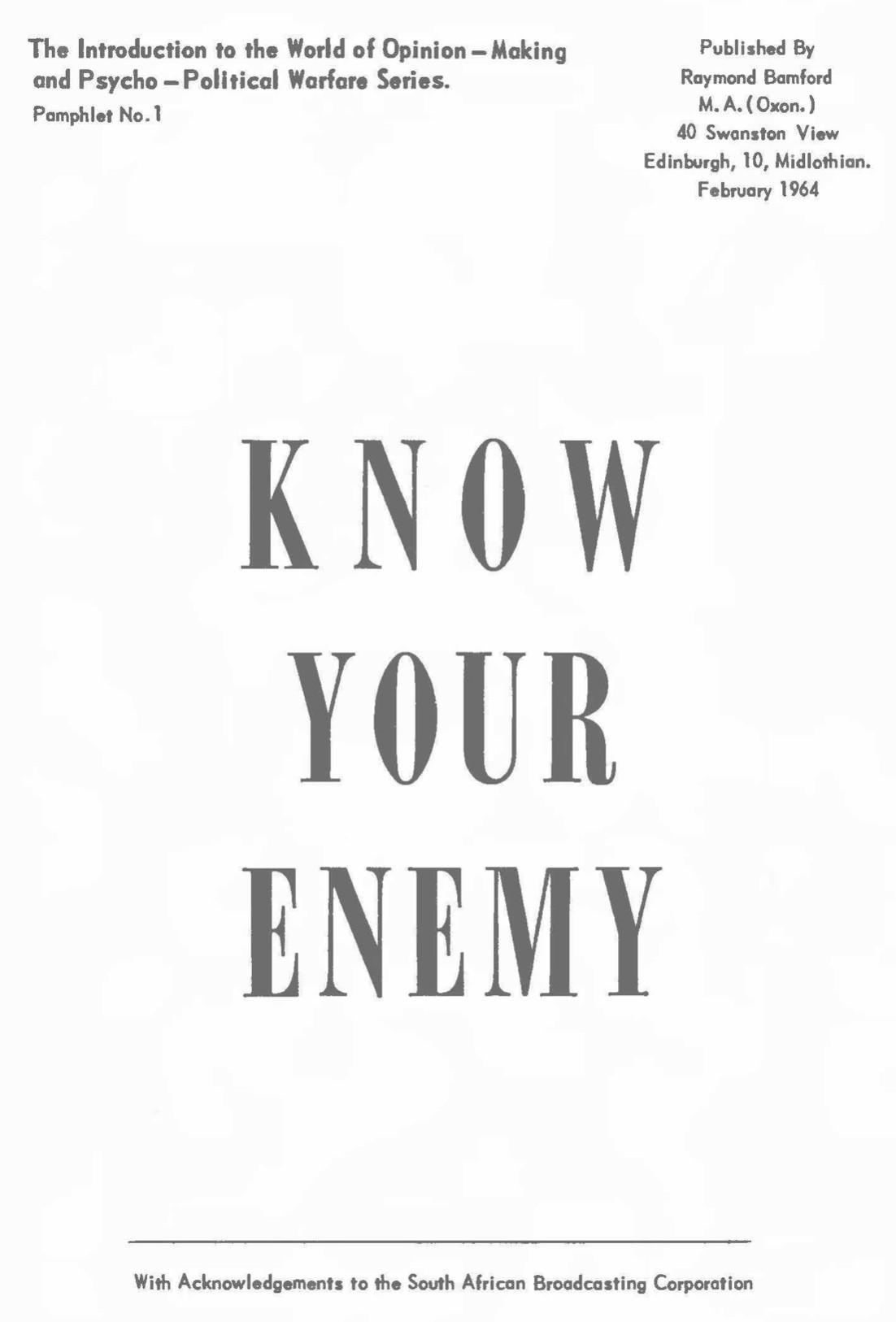 IS it possible to produce a short. simple definition of the term "Communist"?

What is a Communist?

Last year someone remarked in the House of Assembly that he had asked an officer of the Special Branch to define a Communist. The only answer he could get. he said. was that a Communist is a person who believes in one-man-one-vote. This he took as proof that even the police. whose job it is to track down Communists, don't know what they are looking for.

This is not as strange as it sounds. You all know what a chair is don't you? But have you ever tried to define the term "chair"? This term, too, cannot be reduced to a simple definition. The Oxford Dictionary explains that a chair is "a separate seat for one". That is rather like saying that a Communist is a person who believes in one-man-one-vote. It tells us something about the term to be defined but it is certainly not a complete definition.

Terms like "Communist" and "chair" defy definition for precisely the same reason. In each case, the word has a number of different meanings. One kind of chair you can see and sit upon. But we can think of things that fit this description but which no one would take for a chair. Then there is the chair that is entirely invisible, the abstraction, like the Chair of History or of Chemistry at a University.

In the same way, Communism is not one thing; it is several different things. Even when it presents itself as a single danger as in South Africa today, if we examine it closely, we find that it is a combination of different phenomena working towards the same end - the undermining of a lawfully established government and its overthrow by unconstitutional means.

Communism can mean different things to different people even when they are intentionally working together for a Communist cause- not to mention all those weak, confused and misguided elements in the population who lend themselves so willingly, and yet unwittingly, to a Communist cause - "innocents" as the hardened Communists called them.

How are we to explain the fact that in South Africa, as in most other countries, Communists can always find zealous defenders and protectors among people who are supposed to be helping in the fight against Communism?