Home Books Interpretation of the German-English Conflict (1940) by K. B. Zur Lippe

Interpretation of the German-English Conflict (1940) by K. B. Zur Lippe

Interpretation of the German-English Conflict (1940) 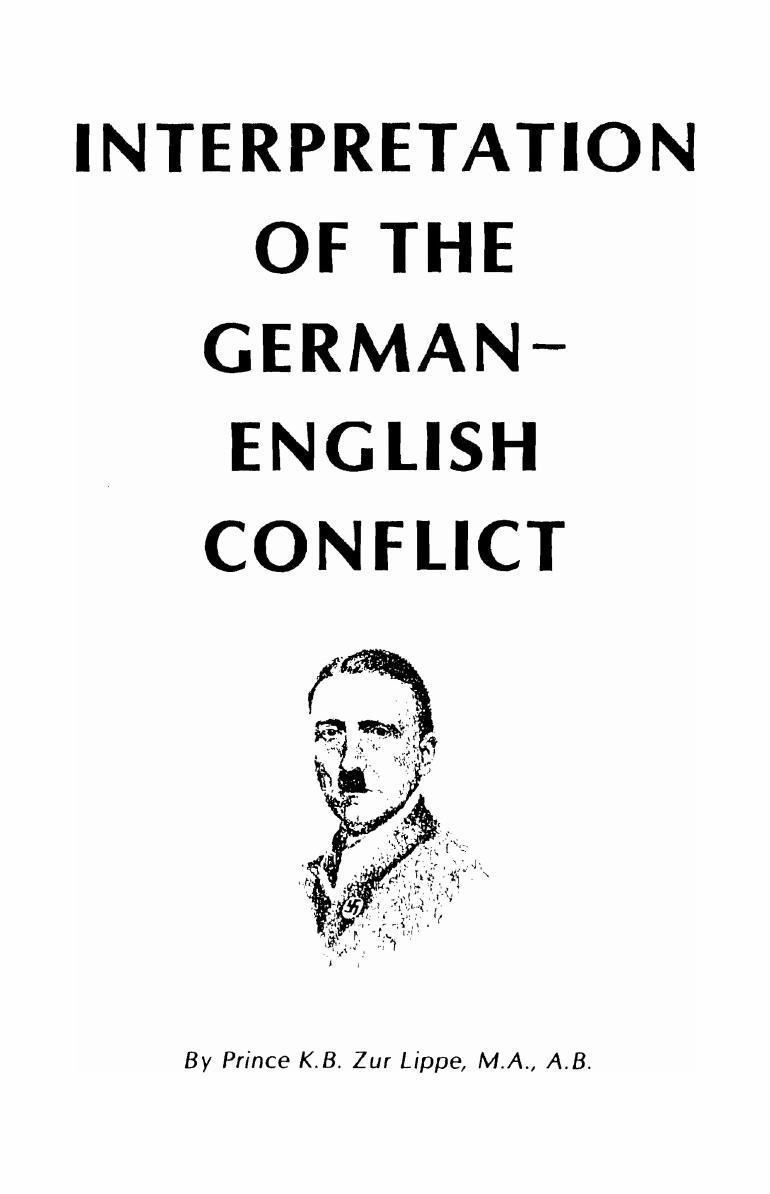 I am very grateful to you indeed for permitting me as a German Citizen to attempt to give you a picture of the latest events in Europe as I see it and not as it usually looks through the rather colored lenses of the International World Press.

Whenever you open your newspapers - morning, noon or night -whenever you listen to the radio, you are constantly bombarded with such high sounding concepts and strange words as Fascism, Naziism, Communism, Democracy, Capitalism, Anti-Capitalism, Totalitarianism-and what have you.

After having lived in your great country for more than) 3 years and after having received part of my education from an American University, I have become well aware of the fact that the average American prefers plain facts to a lot of unnecessary philosophizing. It also became obvious to me that Americans care little - and rightfully so - for foreign concepts and ideologies.

In order to comprehend why this present war between Germany and Great Britain broke out we have to go a little back in history and try to understand what really started the Last World War and what were the results for the world at large and the United States in particular.

The Great Britain World Empire as we know it today, an empire on which the sun never sets, really began to take form after the defeat of Napoleon I at Waterloo in 1815. After this battle one man became the undisputed Hero and Master of Great Britain - Mr. Nathan Rothschild.