How Greatest White Nations were Mongrelized then Negroized (1965) 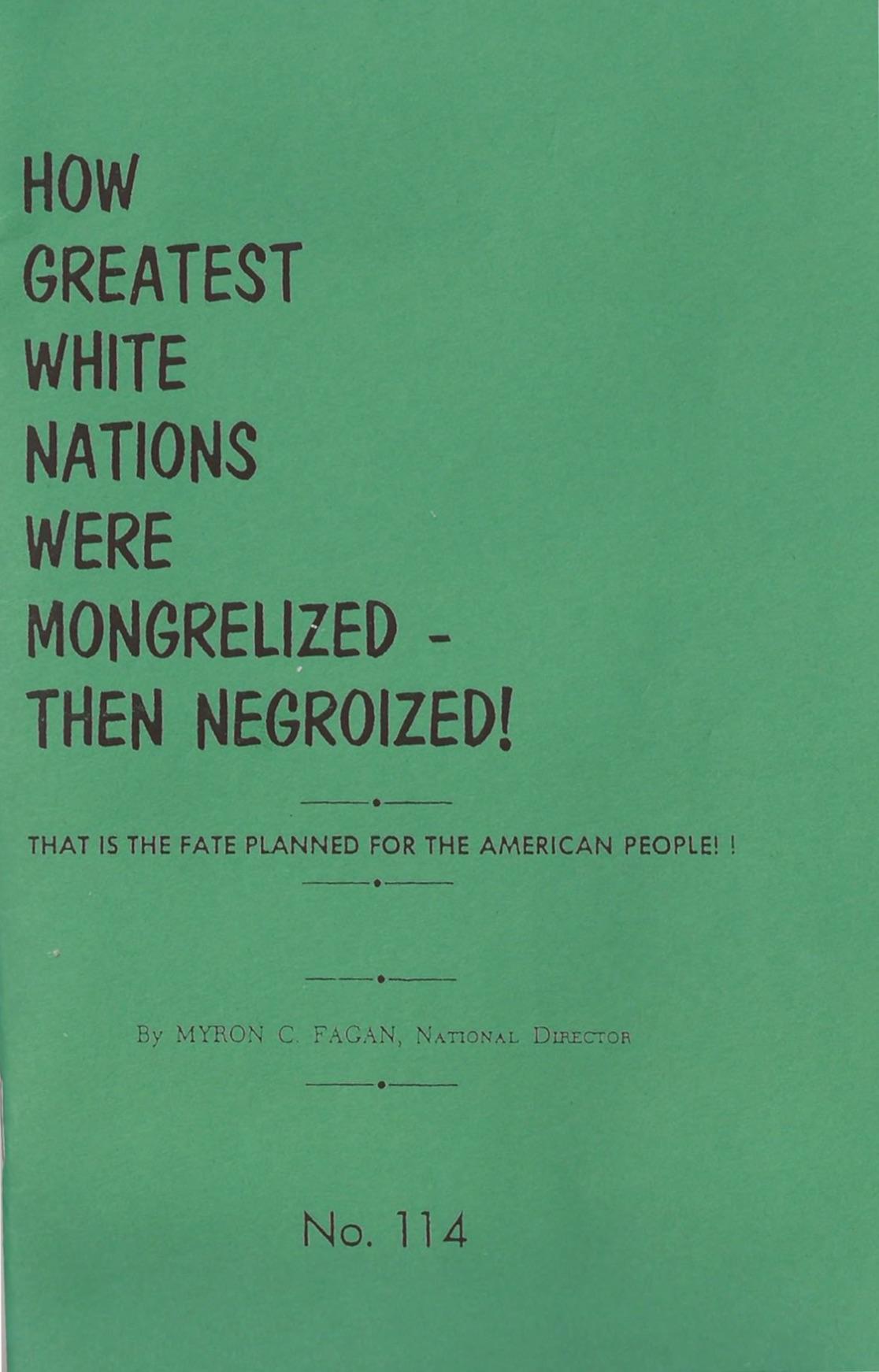 Imperative need of wresting our Congress (Both Houses) from the control of the CFK controlled dictatorship of (Johnson) the White House. That still continues to be our most imperative objective, but, as I stated in our previous “News Bulletin ” there are quite a number of Representatives and Senators who, in their innermost hearts, would like to be loyal to America, but who are swayed by the demands of their “Minority Group' ' constituents to support Johnson’s “Civil Rights” “Voting rights” “rent subsidies” integration ’ and other similar Bills. They have been committing these acts of treason — and “treason” is the only word that fits that kind of voting —on the theory that our (CFR controlled) Mass-Communications Media will either keep their loyal American constituents in ignorance of how their Representatives vote—or to brainwash them into the belief that all those treasonous “Bills” are very “desirable” for “the good of the nation” In addition to all that, there are other Members of Congress who are greatly intimidated by Johnson’s threats of depriving them of the “Federal Patronage ” upon which their communities depend.

Aside from all that, however, I frankly believe that many such members of Congress are utterly unaware of the real overall objective of the so-called “Racial Strife ” “Strikes” “Demonstrations” the cries of “Police Brutalities” etc., etc. On the other hand, many of them truly (mistakenly) believe in “ desegregation ” and in “housing” and jobs “equalities” for the Negroes — they truly believe that the “ poor Negroes” have been exploited and deprived of rights throughout the past hundred years by the American White people, particularly by the Whites in the Southern states.

I repeat, I firmly believe that those particular members of Congress are utterly unaware of the real objective of all that “ strife ” and “chaos” and I am confident that if they can be made aware of that real “ objective ” they not only will reject the demands of their “Minority Group" constituents, defy the threats of the White House cabal and the Warren U. S. Supreme Court “ Decisions” but would join us in the fight to restore our Constitution to its full powers and directives . . . that also goes for the members of the Legislatures of our 50 States.

To “educate all such members to the real objective of the so-called “Demonstrations and “Racial Strife I will now show how the “fight 9 for so-called equalities for the Negroes is the crux of the plot of the Masterminds of the Great Conspiracy to drive the U. S. into becoming a unit of their UN One-World Government.

Now, the unalerted American people — and the over-ambitious, but naive, members of both Houses of Congress and of our State Legislatures might ask what is that “crux of the Masterminds plot? — what is their real objective? The answer is very simple: the plot is to mongrelize our people and to transform the U .S. into a Land of Mulattoes — on the theory that they (the Masterminds) can very easily control the Mulattoes. Hence the cries of the Martin Lucifer Kings and all the other Negro Group “Leaders* and the apostate “Ministers of The “National Council of Churches** for intermarriage of blacks and Whites! . . . and of free sexual relationships between blacks and Whites!

That was exactly the way many of our greatest White nations and Civilizations were destroyed throughout the past centuries — and the Masterminds of the Great Conspiracy are fully aware of it.

Now, I fully realize that those same Masterminds and their stooges, including some of the more brazen Mass Communications Media, will denounce all of the above as the ravings of a deranged mind. To torpedo all such smears and brainwashings I will prove my charge with DOCUMENTED HISTORICAL facts which Abraham Lincoln discovered, and compiled.