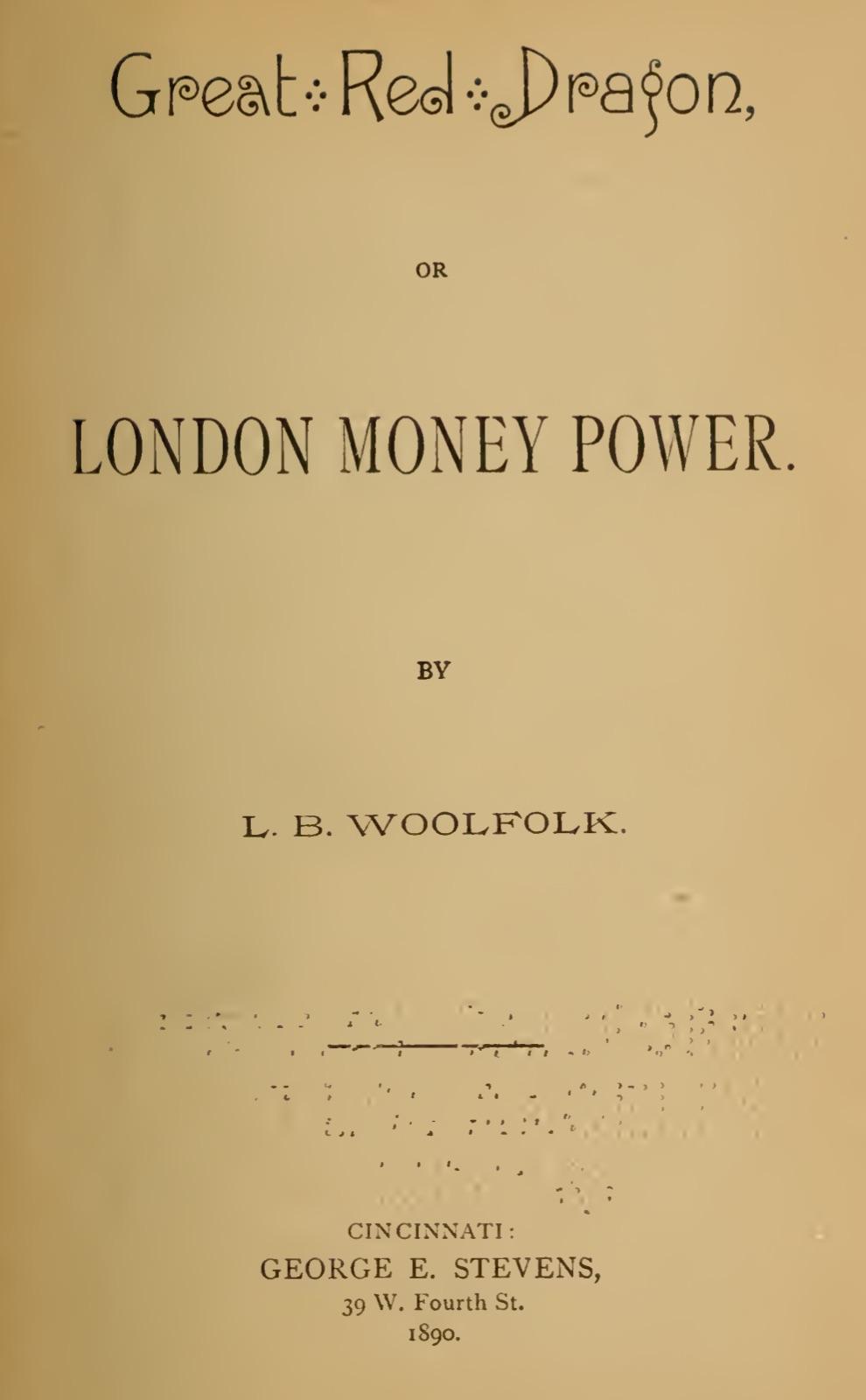 THIS work is divided into three parts:‐

PART I gives a History of the Rise of the London Money Power.

PART II proves that this Imperialism of Capital,‐ the London Money Power,‐is foretold in prophecy, under the symbol of the Great Red Dragon.

PART III gives the Remedy for the industrial evils that afflict our country.

There are many persons, perhaps, who will be deeply interested in Part I, and Part III, who will feel but little interest in the prophetic portion of the work. The work is so arranged that all such persons can skip Part II , and pass from Part I to Part III, without any break in the connection of thought: though they will miss the most striking delineations of the character and the activities of the Money Power.

On the other hand, those who are interested in the prophetic aspect of the work, will find its structure in proper logical arrangement as a prophetic exposition; since it is necessary to present the history of the Money Power, before the symbols of prophecy can be applied to it.

This work is the outgrowth of a life of thought, largely directed to the study of Prophecy, History, and Political Economy. Indeed, the work is the product of original thought. Its historical portion is the history of an Imperialism whose existence has been hitherto unrecognized. Its remedy is based upon principles of Political Economy that have never before been presented to the world. Its Prophetic Exposition is part of a System of Prophetic Interpretation that is entirely new. The Author may therefore claim the indulgence due to a pioneer, whose movement is over a pathway unsmoothed by the progress of earlier thought.

As no history of the London Money Power has ever been written, the Author has been under the necessity of gathering his facts from newspaper items, and from the statements of individuals whose reliability is above question. His store of facts has been constantly increasing down to the present time. Some important facts he has learned since the publication of this work began; other facts he learned too late for them to appear in the present edition. No doubt, in every community facts are known which illustrate the course of the Money Power in this country. These facts will doubtless soon be published; and it is hoped that ere long a full and connected history of the Rise of the Money Power may be given to the world.