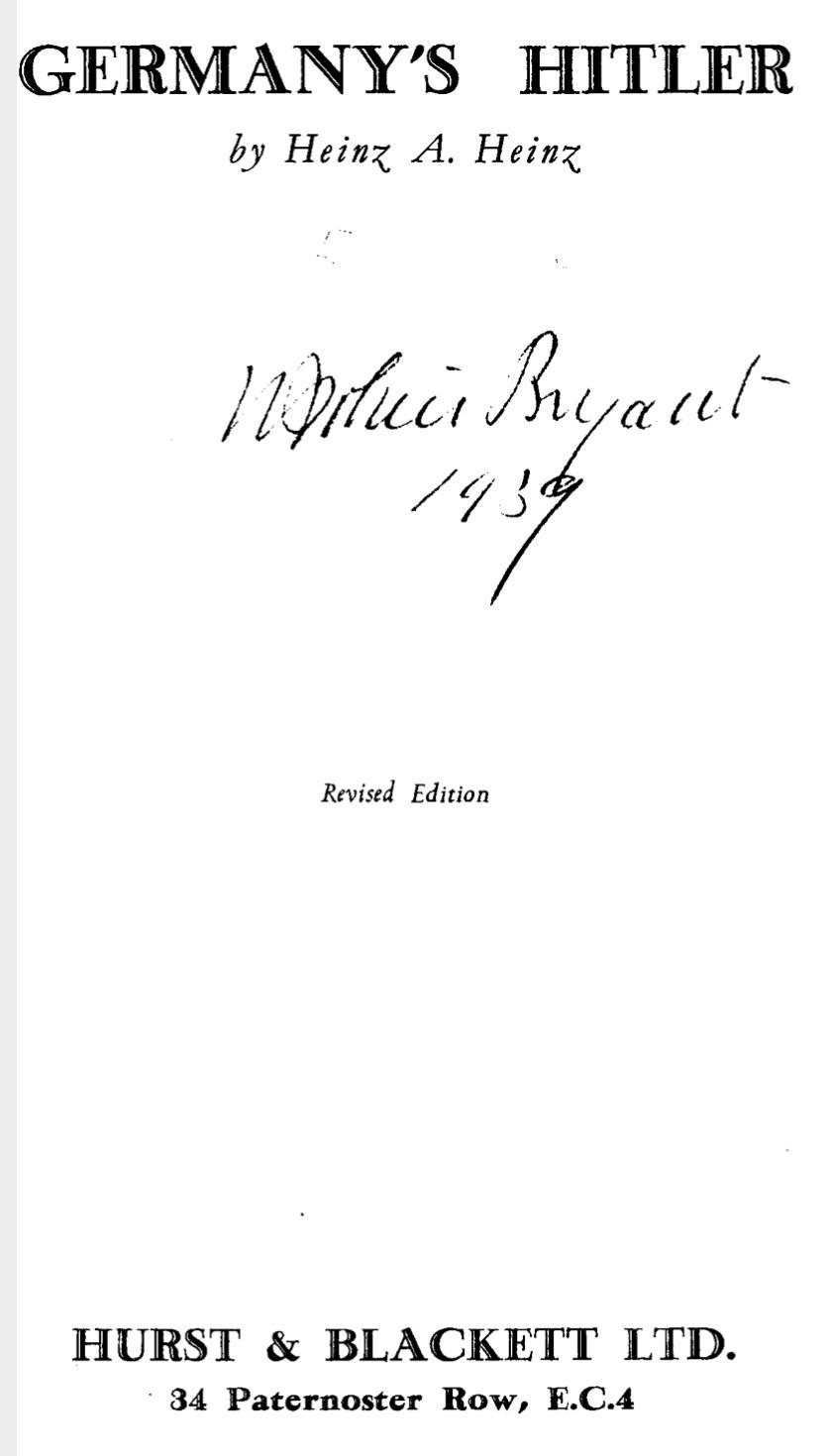 Herr Heinz A . Heinz' aim has been to draw a picture of the Fuhrer from details supplied at first hand by those friends and helpers and comrades of his who believed in him from the first, who joined him at the beginning, stood by him through the darkest days, and have lived to see one of the most astounding achievements of modern times.