Home Books The Fountainhead of the Socialist Conspiracy (1949) by Eric D. Butler

The Fountainhead of the Socialist Conspiracy (1949) by Eric D. Butler

The Fountainhead of the Socialist Conspiracy (1949)

Notes on the Fabian Socialist Society and its Associations 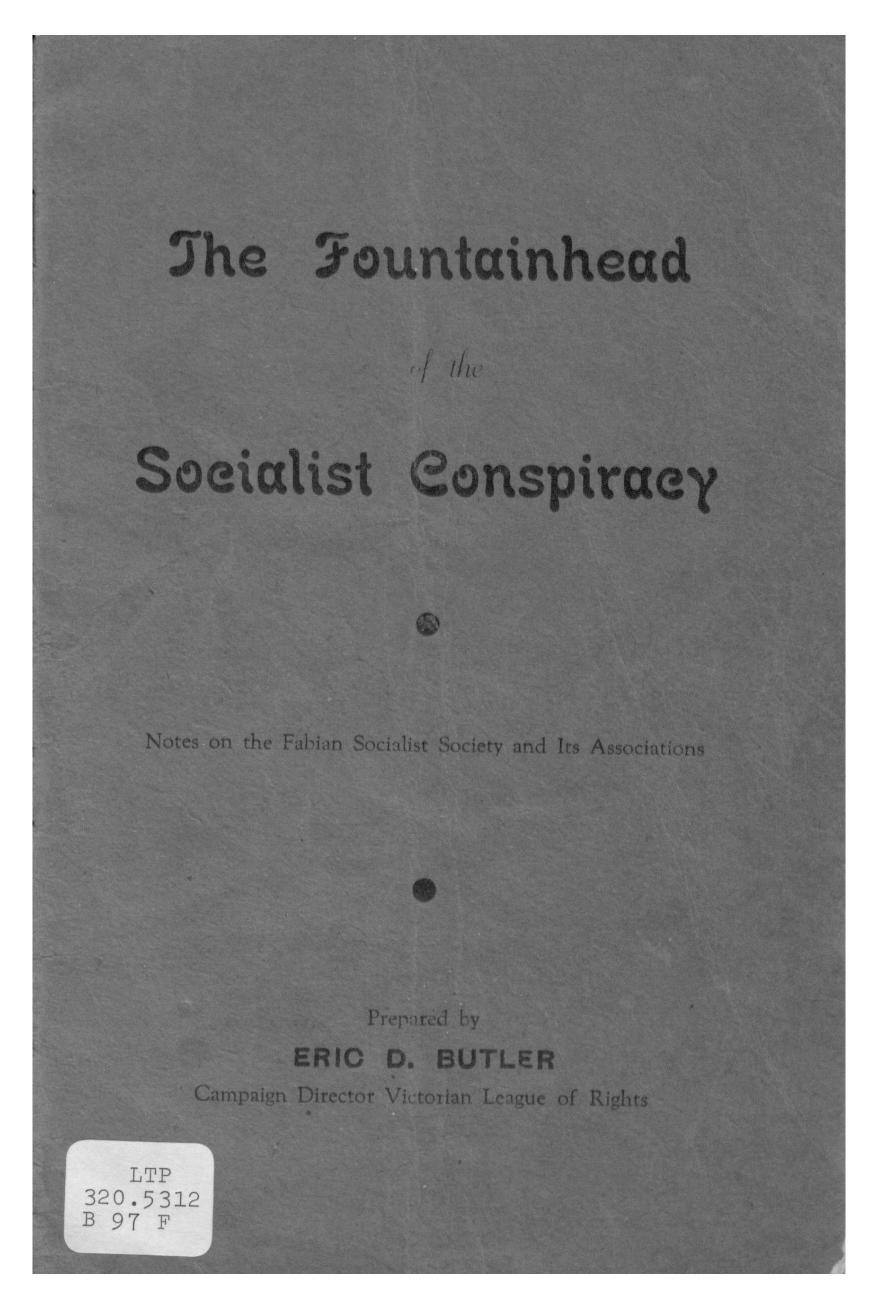 The fountainhead of Socialist ideas in English-speaking countries is the English Fabian Society and its associated organisations.

One of the most notorious Fabian Socialist theoreticians is Professor Harold J. Laski, whose influence has dominated Socialist Movements in all parts of the world. Late in 1946 Laski paid a visit to Soviet Russia and had discussions with Stalin. After these discussions Laski made the public declaration that English Socialists and Russian Socialists were approaching the same objective by different roads. This was a very important statement.

Late last century Karl Marx said that the British would never make their own revolution and that foreigners would have to make it for them. (This statement was made in 1870 in a secret message sent by Marx from London to the Internationale in Geneva.) But a violent revolution such as the Communists envisage, is not the only type of revolution. There is such a thing as a silent revolution, the undermining of a nation’s institutions from within. This is what the Fabian Socialists set out to accomplish. Their policy was one of influencing all other political groups by permeation and infiltration: Sovietisation by stealth.

The Fabian Society, which took its name from Fabius Cunctator, the Roman dictator who eventually defeated Hannibal as a result of a policy of gradualness, was launched in the winter of 1883-84 under the leadership of Professor Thomas Davidson, “an ethical Anarchist Communist.” He was soon superseded by the Webbs and George Bernard Shaw.

The policy of permeation soon started to bear fruit. Politicians of all parties were influenced. George Bernard Shaw has frankly described this policy: “Our propaganda is one of permeating—we urged our members to join the Liberal and Radical Associations in their district, or, if they preferred it, the Conservative Associations—we permeated the party organisations and pulled all the strings we could lay our hands on with the utmost adroitness and energy, and we succeeded so well that in 1888 we gained the solid advantage of a Progressive majority full of ideas that would never have come into their heads had not the Fabians put them there.”