One of the titanic figures of postwar revisionist historiography, Professor Austin J. App, died of kidney failure on 4 May 1984. A well-established author and scholar of English literature at the outbreak of World War II, Dr. App was soon appalled at the human suffering and political disaster caused by that "unnecessary conflict," and for the next four decades he was in the very forefront of those courageous scholars who, often in the face of severe academic and press hostility, sought to determine the historical truth about the war, and to publicize that truth far and wide.

-- The Institute for Historical Review 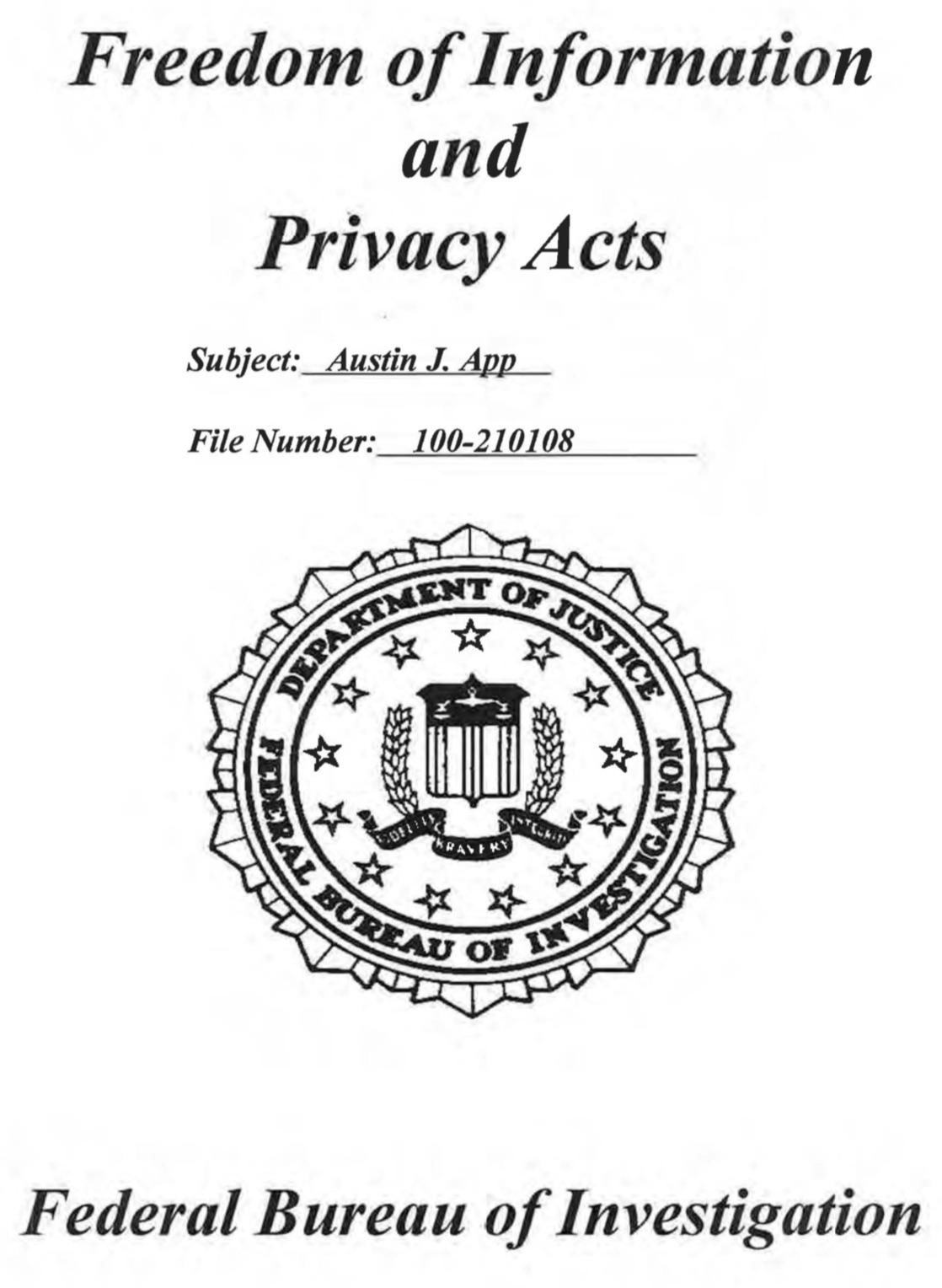 This is a cropped version of the declassified FBI File 100-210108 on Revisionist Historian Austin J App and extracted pamphlets from it are available here: