Falsehood in War Time: Containing an Assortment of Lies Circulated Throughout the Nations During the Great War (1928) 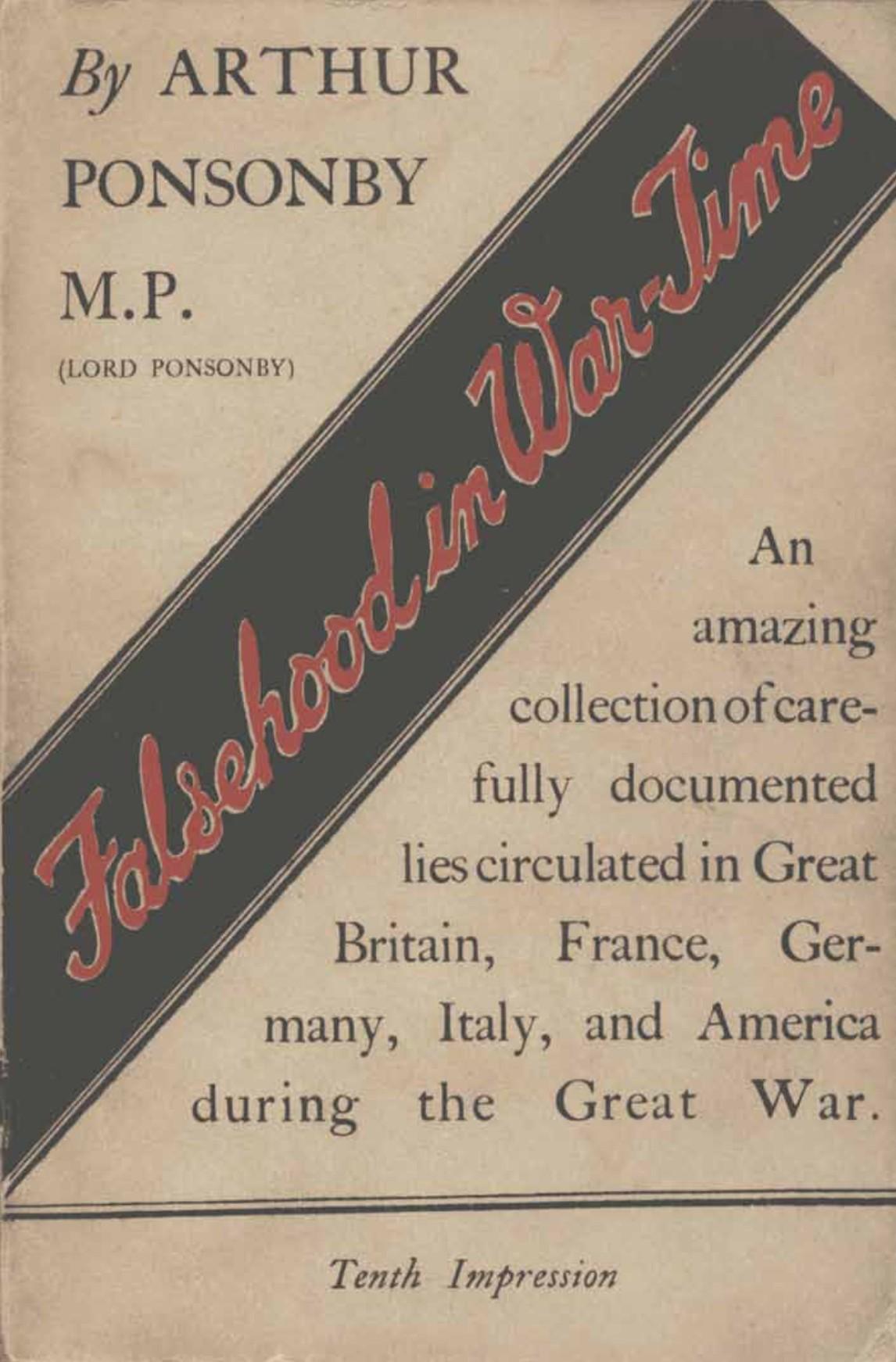 THE object of this volume is not to cast fresh blame on authorities and individuals, nor is it to expose one nation more than another to accusations of deceit.

Falsehood is a recognized and extremely useful weapon in warfare, and every country uses it quite deliberately to deceive its own people, to attract neutrals, and to mislead the enemy. The ignorant and innocent masses in each country are unaware at the time that they are being misled, and when it is all over only here and there are the falsehoods discovered and exposed. As it is all past history and the desired effect has been produced by the stories and statements, no one troubles to investigate the facts and establish the truth.

Lying, as we all know, does not take place only in war-time. Man, it has been said, is not "a veridical animal," but his habit of lying is not nearly so extra- ordinary as his amazing readiness to believe. It is, indeed, because of human credulity that lies flourish.

But in war-time the authoritative organization of lying is not sufficient!y recognized. The deception of whole peoples is not a matter which can be lightly regarded.