Downfall of Russia - Bolshevism and Judaism (1934) by Victor de Kayville

Downfall of Russia - Bolshevism and Judaism (1934) 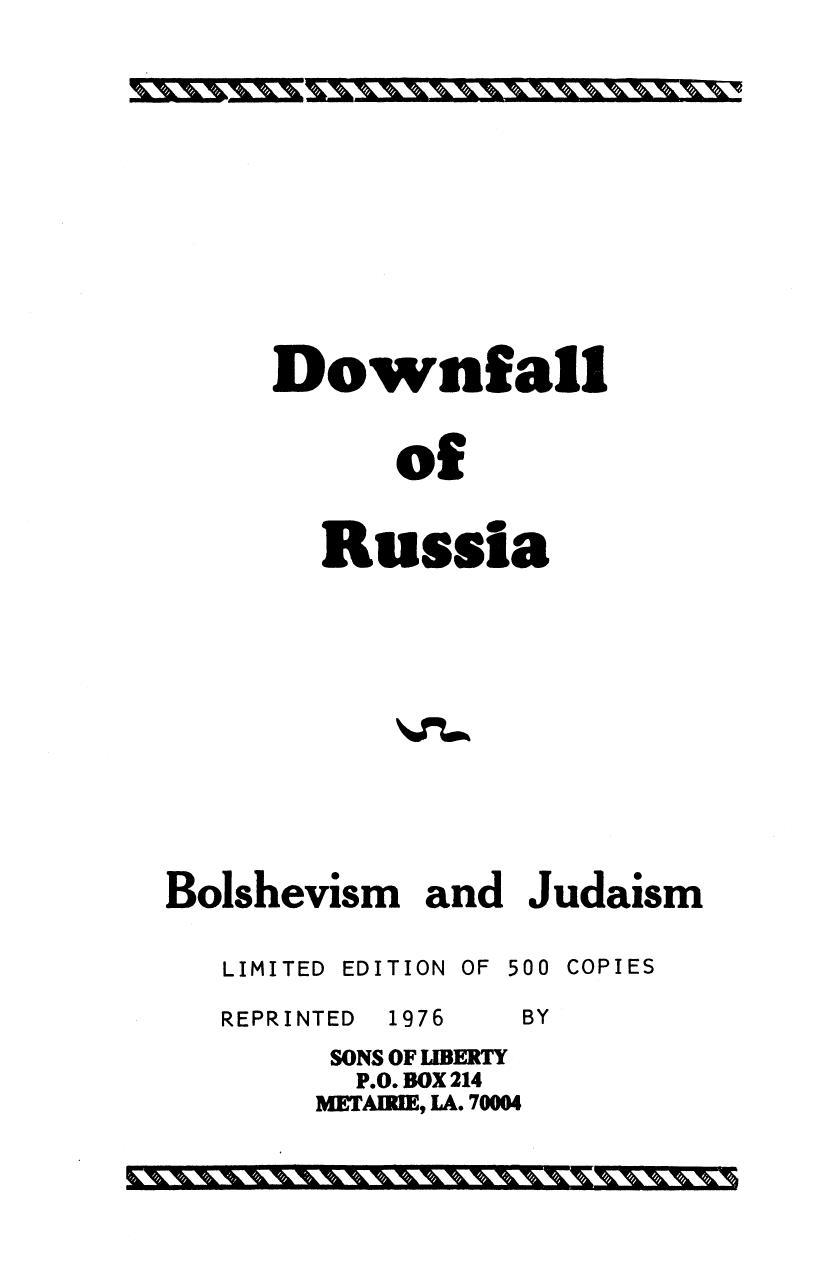 EDITOR'S NOTE: 'This pamphlet is a printed record of a speech delivered by Captain Victor de Kayville in April, 1934, in Chicago, Ill. The speech itself is a compilation based largely on the article by A. Hamer printed under the title "Judaism and Bolshevism" in the "Catholic Herald" of London, England, issues of October 21st, 28th, and November 4th, 1933.

Other sources which have been used by the speaker are: 'The Cause of Anti-Jewism in the U.S.' by Irvin L. Potter; "Halt, Gentile! and Salute the Jew" by 'The Britons', London, England; "Liberation", U.S.A., "Facing the Facts" and "The Plan in Action" by Earnest Sincere, U.S.A.; "The Gentiles Review" ; "Excerpts from Talmud" and "How to prevent the Second World War"*, by Major General, Count Cherep-Spiridovich, etc.