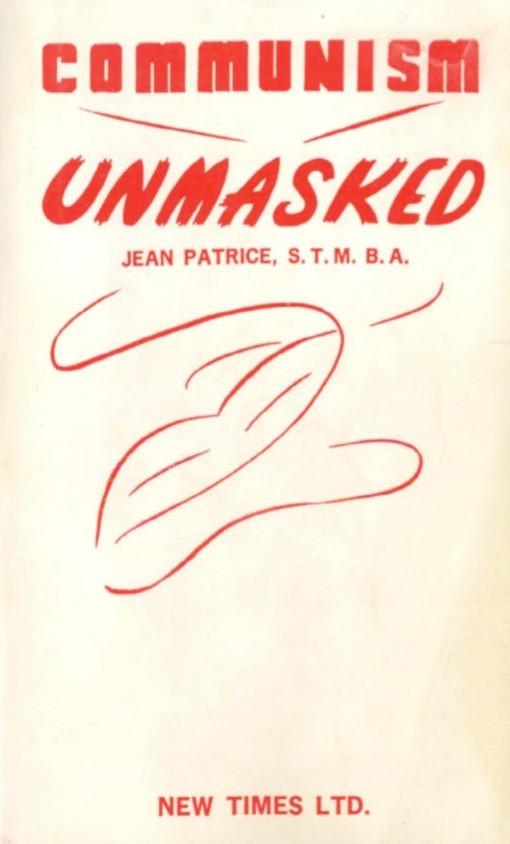 From the Preface to the Fifth Edition

With the exception of some chapters, viz., the Jewishness of U . N . O . , the alleged slaughter of 6,000,000 Jews, the trial of Cardinal Mindszenty, the betrayal at Pearl Harbour, lists of other Jewish- inspired Revolutions, and lists of unsuspected but still Communistic movements in our midst, and a few events of obviously quite recent happening—with these exceptions, this book first appeared in 1943 under a different title and different anonymous authorship.

The work went into many editions, each of thou- sands of copies, an incontestable proof of its intrinsic worth. It is now being republished after a lapse of some years. We have been strongly advised to keep the different original Prefaces. Some parts of the book could be out of date, but they could serve to show trends. Hence they are not omitted. If, for a moment, the grandiose Red plan is scoffed at as being fantastic, consider that one-fourth of the land surface of the world and one-third of the peoples of the earth are now controlled by the world-wide Communistic bloc.

The book is now being brought out again with the firm conviction of its paramount necessity. In his delightful little book—"Know Your Enemy"—Robert H. Williams goes behind the scenes and exposes some of the Jewish mischief makers of the present era.

In our book we are endeavouring to unmask Communism and point out who are the sinister forces working in the dark and leading the unsuspecting masses up the garden path. For the same diabolical forces are at work today as at the time of the original writing of this book.