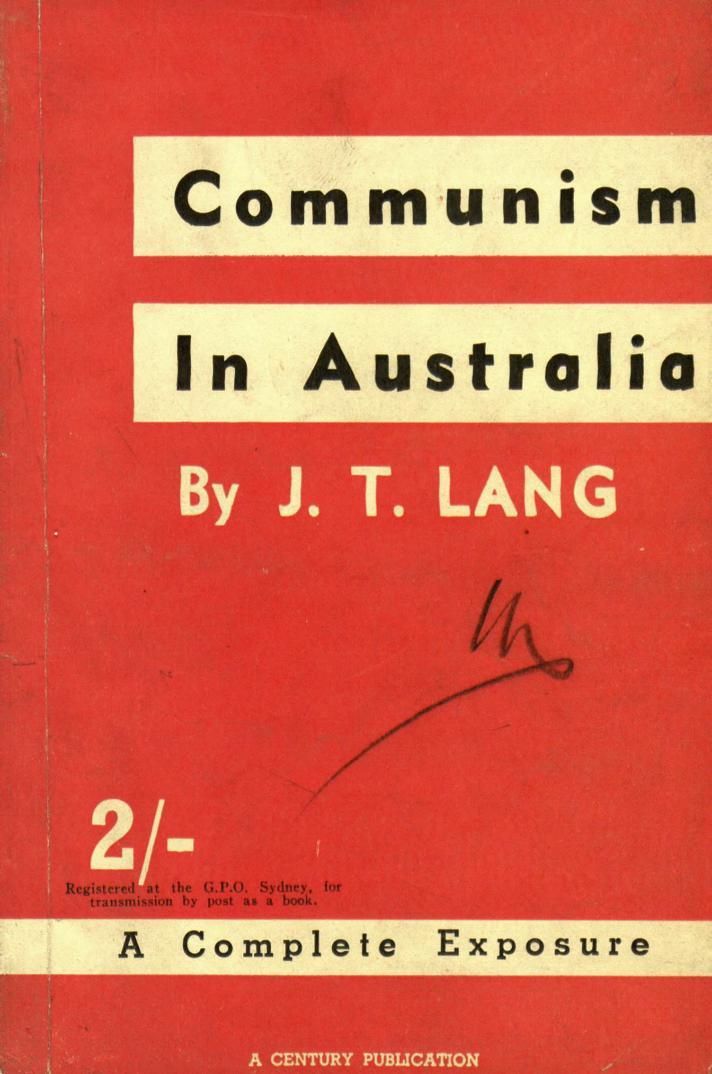 I believe that the time has arrived for a complete exposure of the Communist Party. Here is the evidence. It is essentially a factual account of how the Communist Party is undermining the Australian nation. It explains how it is controlled. Its General Staff. Its penetration of the unions. Its sinister influence over the Curtin Government. Its duplicity during the present war. Its wealth. Its tricks and manouevres. The. Trojan Horse tactic. Its organisation and its overseas bosses.

Fellow Australians, read the evidence carefully. Then make up your own minds how you are going to meet the threat of Communist conquest. It must be met. Complete exposure is the surest antidote. That is the primary purpose of this volume.