Home Books The Climax of Civilisation (1917) by Correa Moylan Walsh

The Climax of Civilisation (1917) by Correa Moylan Walsh

This is a three-volume publication, with parts two & three entitled "Socialism" and "Feminism" respectively.

Excerpt from The Climax of Civilisation

Opinions usually results from a discussion that tries to take all possible points of view.

All of the first two volumes and most of the third was completed in the first draft before the war raging in Europe, which our nation has just entered, had begun. This calamity has necessitated a few alterations in words and a few additions of thought, but has required no modification in the general treatment. For the author was one of those who have long expected this war, and he was surprised less at its occurrence than at its delay. Occasionally some passages would not have been written exactly as they stand, had the work been planned after the commencement of the war. But it has not been convenient, and it was not necessary, to rewrite or reset them.

This volume constitutes a work by itself, which the reader can understand without first reading The Climax of Civilisation; and yet his comprehension of the argument running through it will be improved by consultation with that book. References back to that book are here sometimes made in the text currently, as if the two were within the same covers; and in the notes they are sometimes indicated simply as to vol. i. The third book on Feminism is complementary to this, as its subject is complementary to the subject here treated. 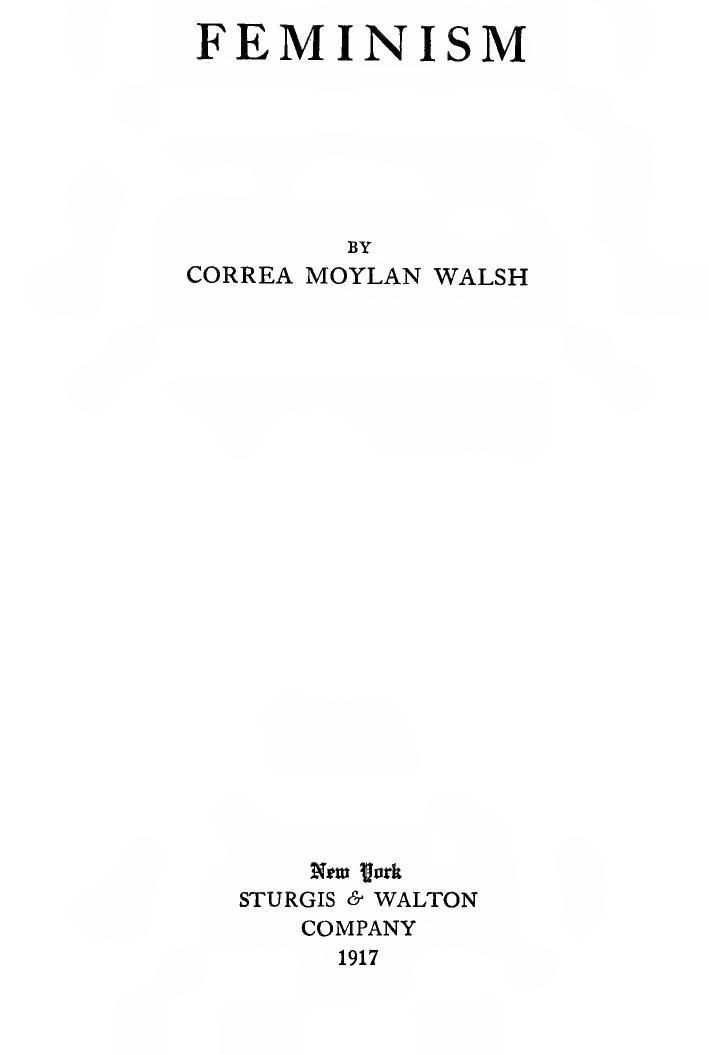 The present book is complementary to that on Socialism, as no student can have a full grasp of all the tendencies and bearings of socialism without knowledge of the feministic teachings which are its consummation. That feminism may be advocated without socialism—without the whole of which it is a part,—and woman suffrage be supported similarly without the rest of feminism, is only an illustration of the fact that consistency is not a necessary ingredient in the human mind. As feminism simply is sometimes advocated alone, it may here be criticised in a work standing by itself. Within this volume the two chapters on woman suffrage may also be regarded as forming a treatise complete in itself.