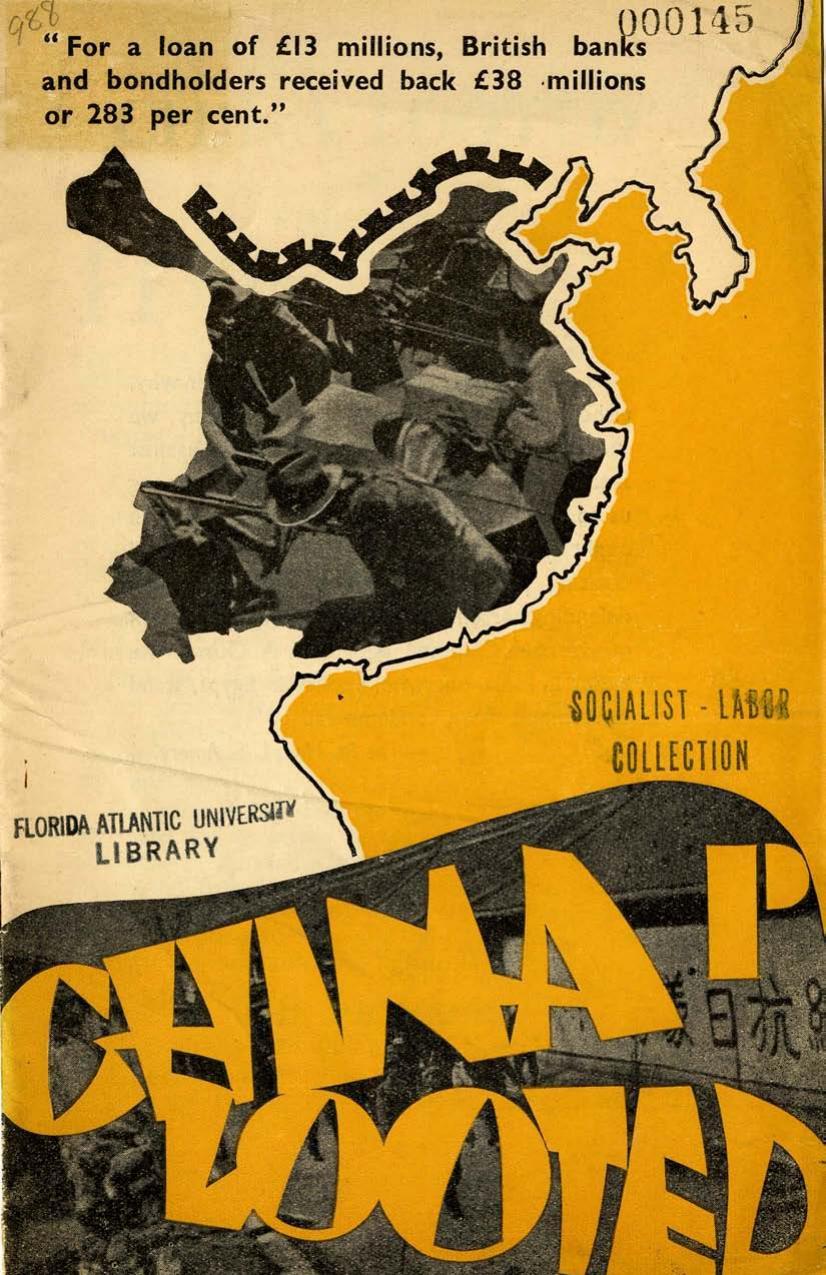 HER coal supply is twenty limes that of Great Britain. her iron resources cannot be measured she produces in abundance silk, cotton, bean oil, lumber, wool, jute, skins, furs, rice and eggs. Her industrial areas provide the world's cheapest labour supply and her 450 millions the greatest untapped market in the world.
What a country to loot!

Small wonder that financiers, investors and merchants of all nationalities are playing high for the power to exploit these resources and the people of China. Their stakes to-day are huge.

£700 millions are invested in China, mainly by British, Japanese and American capitalists and financiers.

They own all China's railways, most of her shipping, all her greatest factories, her coalfields and many of her iron foundries. They have absolute control of all her customs' receipts. salt tax receipts, telephones, telegraph and radio.

The prize is rich and the stakes are large. British Japanese and American imperial interests each seek the largest slice. First, the Imperialists grab from the Chinese people and then they struggle between themselves for the loot. Before the war there were many claimants : Britain, France, Russia, (Germany and Japan ; but the war reduced the rivals to three : Britain, ]apart and the U.S.A.