The Birth of Al-Wahabi Movement and Its Historical Roots (2002) 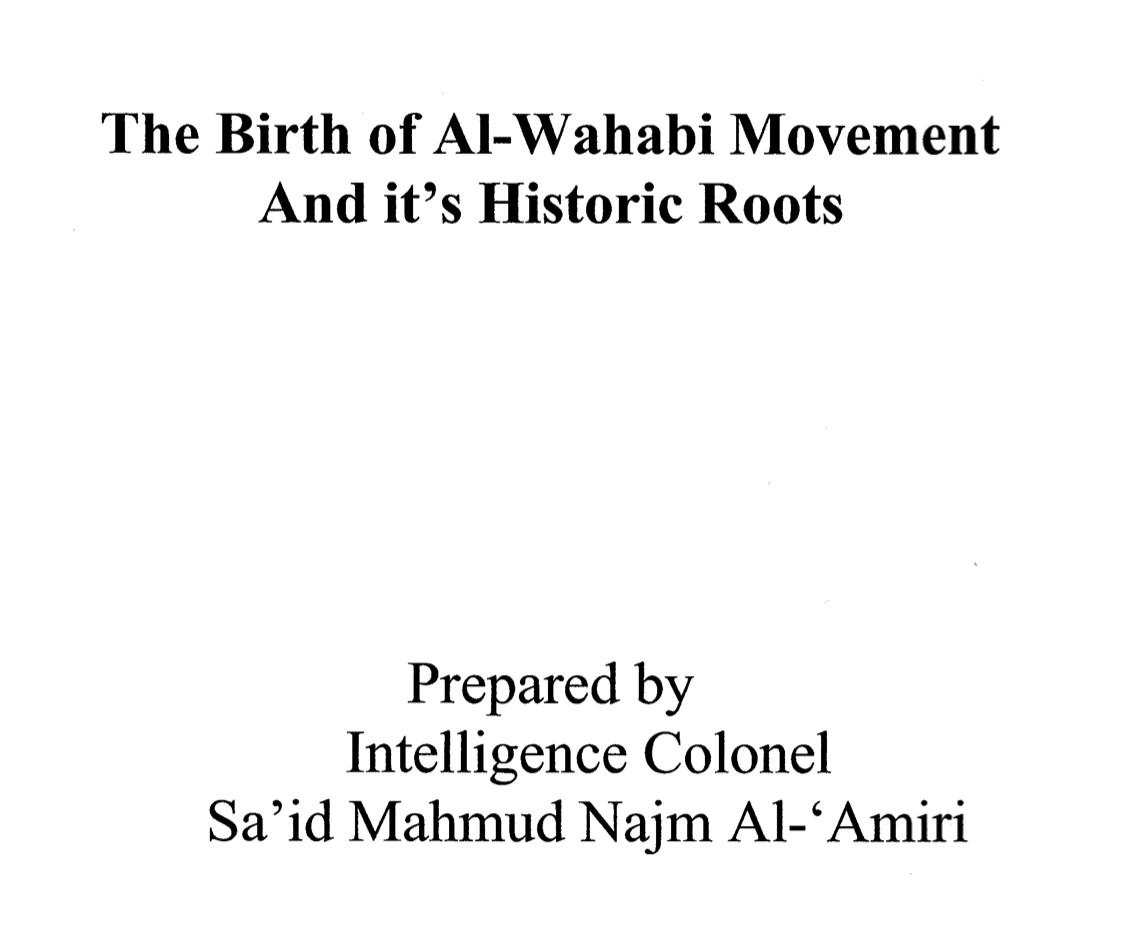 The U.S. Department of Defense has released translations of a number of Iraqi intelligence documents dating from Saddam’s rule. One, a General Military Intelligence Directorate report from September 2002, entitled “The Emergence of Wahhabism and its Historical Roots”, shows the Iraqi government was aware of the nefarious purposes of the Wahhabis of Saudi Arabia, often known as Salafis, in serving Western interests to undermine Islam.

In addition to that revealed in the Hempher Memoirs, the Iraqi intelligence report also makes known some surprising claims, derived from works circulated in Arabic which have not been translated into English. As the report recounts, both Abdul Wahhab, and his sponsor, ibn Saud, who founded the Saudi dynasty, were of Jewish origin.

For example, D. Mustafa Turan wrote, in The Donmeh Jews, that Muhammad ibn Abdul Wahhab was a descendant of a family of Donmeh Jews from Turkey. The Donmeh were descendants of followers of the infamous false-messiah of Judaism, Shabbetai Zevi, who shocked the Jewish world in 1666 by converting to Islam. Viewing it as a sacred mystery, Zevi's followers imitated his conversion to Islam, though secretly keeping to their Kabbalistic doctrines. In Europe, the Shabbeteans were eventually led a century later by Jacob Frank, claiming to be a reincarnation of Zevi. And, according to Rabbi Antelman in To Eliminate the Opiate, to them belonged the Rothschilds who had a hand in the founding of the Bavarian Illuminati. The Donmeh community of Turkey were concentrated in the city of Salonika, which became a hotbed of Masonic activity, and from which the Young Turk movement evolved, which aided in the collapse of the Muslim empire of the Ottoman Turks. There is evidence that Ataturk himself, the founder of the modern Turkish state, was of Donmeh origin as well.

Turan maintains that Abdul Wahhab's grandfather, Sulayman was actually Shulman, having belonged to the Jewish community of Bursa in Turkey. From there he settled in Damascus, where he feigned Islam, but was apparently expelled for practicing sorcery. He then fled to Egypt and he again faced condemnation, so made his way he to the Hijaz, where he got married and fathered Abdul Wahhab. According to the report, the same is claimed in The Donmeh Jews and the Origin of the Saudi Wahabis, Rifat Salim Kabar.