An exploration into the historical origins of Communism and the terror of The Bolshevik Revolution. 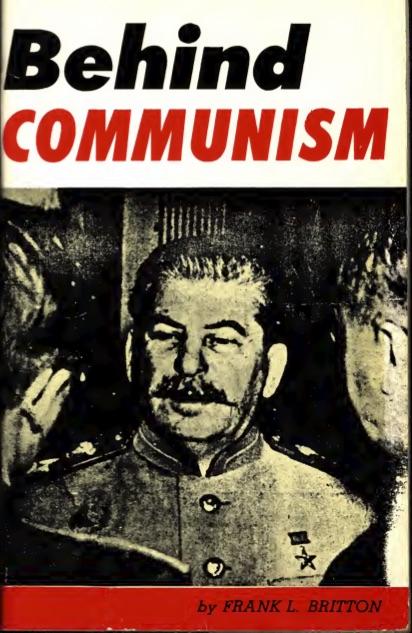 To understand the total problem of communism it is necessary that we trace the course of the movement from it's beginning down to the present. We must understand who it's originators were, and what they were, and we must gain some idea as to the forces which influenced and shaped their philosophy. Unfortunately, any deep-down discussion of communism and Marxism involves the Jewish question. We cannot honestly discuss the subject without revealing---and commenting on the fact that the founders of Russian communism were Jewish. Neither can we ignore the fact that all but a few of the top leadership of the American communist party---including the recently convicted spies are of the same race. These are facts of history over which we have no control. But we are faced with the very serious problem of how to reveal these facts without being labeled ---and treated ---as "anti-Semites."

The main reason why so little is known concerning the true nature of communism stems from this problem. Historical writers have been understandably reluctant to hold forth on the subject for fear of marking themselves as "race haters" and bigots." For this reason the entire subject has been placed beyond the pale of discussion. One simply does not use the word "Jew" and "Communism" together. The result is, of course, censorship.

In this work we have decided to breach the wall of silence at whatever the cost, and to treat the subject as fairly and as honestly as we know how. No attempt is made to single out individuals because they happened to be born to a certain race; neither have we exempted any- one from criticism for that reason. It was decided that since Communism and Judaism are so irretrievably bound one to the other, a history of the Jewish people would contribute substantially to an understanding of the present communist menace.

This work clearly shows that Communism grew out of Russian Judaism. Although the Soviet Union has disappeared, the ideology which underpinned that state-state-engineered economic and social egalitarianism-lives on, and is stronger than ever before in the West. Now completely updated to include post-war Communist movements in Eastern Europe, Britain, America, South Africa and China, this book is the most detailed record yet of the leading Jewish role in Communism. The conclusion discusses the reasons for Jewish extremist behavior, based on an understanding of group evolutionary psychology.