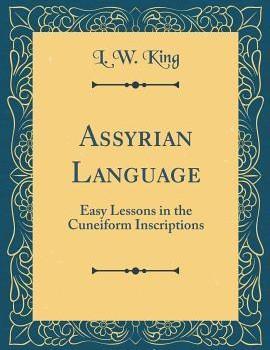 The book contains a large series of cuneiform texts, represent- ing the main divisions of Babylonian and Assyrian literature. They comprise examples of historical, mythological, religious, magical, epistolary, and other documents, and in selecting them care has been taken to include those which are of importance from a historical point of view. The principal Babylonian and Assyrian legends, including the Babylonian versions of the Creation and the Deluge, are also given at length. The texts are printed in cuneiform characters and are furnished with interlinear transliterations and translations, and a full Vocabulary. They thus furnish the beginner with a mass of material for philological study, while at the same time they enable him to acquaint himself at first hand with the most interesting and important literary compositions which the Babylonians and Assyrians have left us.