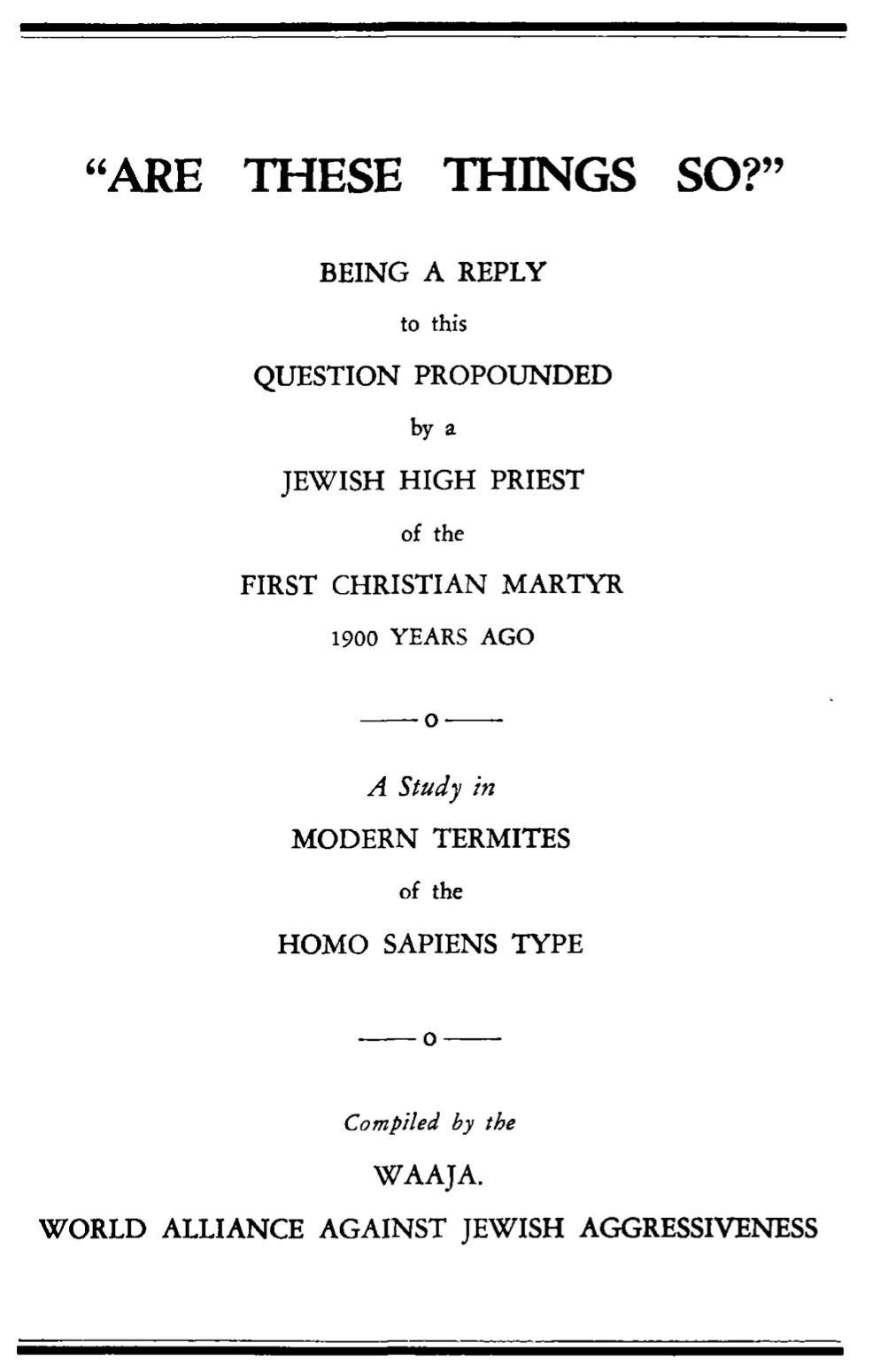 Whatever view point one may take of national or international conditions there is a general unanimity of opinion that present forms of government are in a state of flux. In spite of the experts or "brain trusts" whose counsel has been solicited to guide the nations out of the present wilderness we seem to be far away from the Promised Land. Many factors contribute to this situation and some of these are set forth in the following pages.

Except for a few, neither the author nor those whom he quotes have any personal animosity towards any particular race other than that which is developed by the evidence. In the matter of the Jewish race and the conditions in Germany much is being said on both sides of this momentous subject. Because of the attitude of the press in this country little space has been given therein to defending the position taken by the government which is in control in Germany. It is conceded that there are some conditions that are deplorable as they relate to that type of Jew who has always been loyal to the country that has furnished him with an asylum as well as a home. To their credit it may be said that such are to be found in all the nations of the world. Among this class we have many friends and nothing that we would write is directed against them.

Of the other group no stronger indictment has ever been brought against them than by Disraeli who, in the Life of George Bentinck, pp. 496, 497, wrote:

"The people of God cooperate with atheists; the most skilful accumulators of property ally themselves with communists; the peculiar and chosen race touch the hand of all the scum and low castes of Europe. And all this because they wish to destroy that ungrateful Christendom which owes to them even its name, and whose tyranny they can no longer endure."