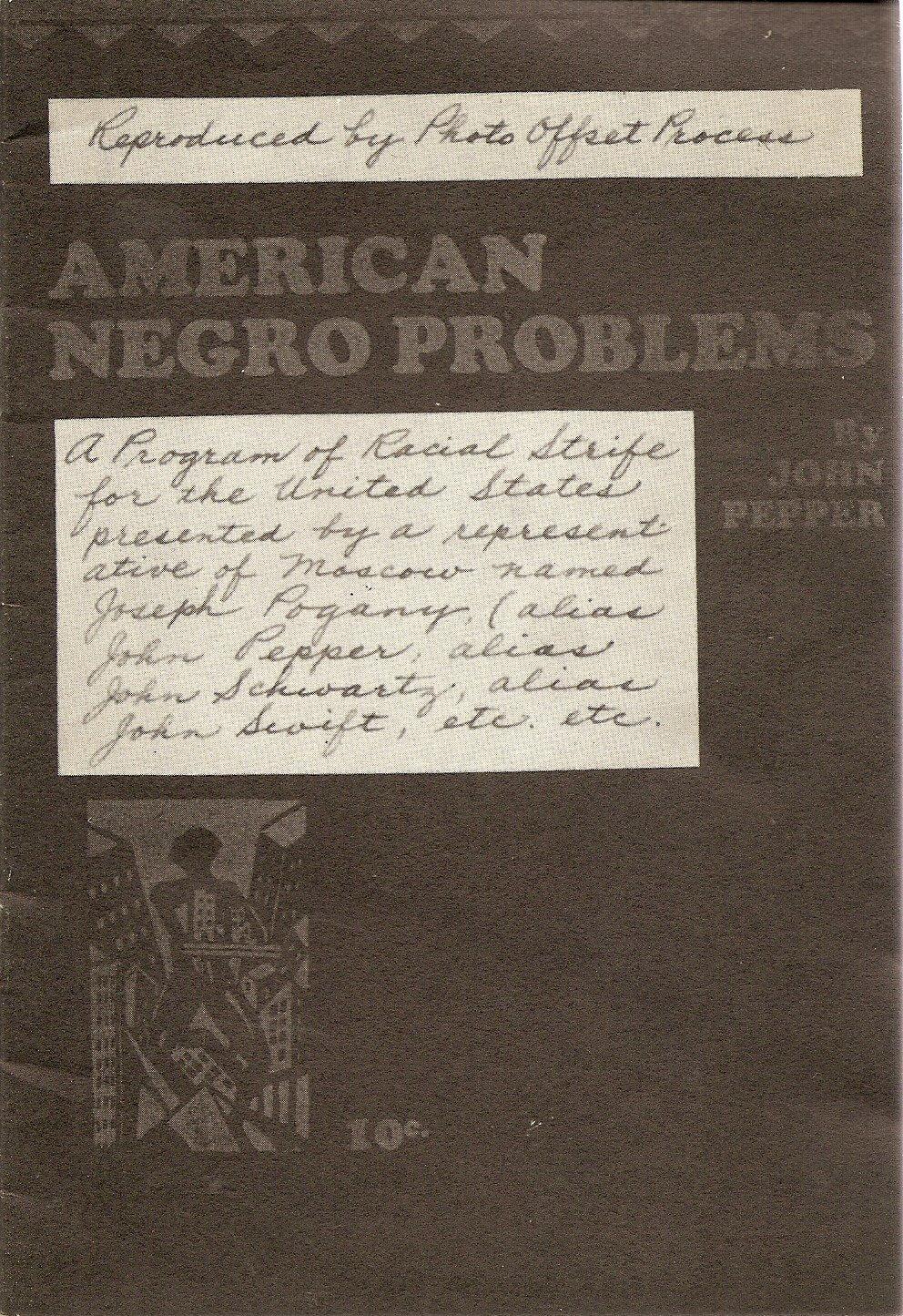 The two major capitalist parties, the Republican and Democratic, and their small brother, the Socialist Party, have an unwritten "gentleman's agreement" on the Negro question. According to this sacred "gentleman's agreement," which no capitalist politician has dared to violate in the present election campaign, there is no Negro question in the United States, there are no problems of social and political equality, no questions of discrimination against the Negro masses. During the whole course of the election campaign there has been only one political party which has had the courage to violate this "gentleman's agreement" to keep a deathly silence on the Negro question. The Workers (Communists Party of America has come out in its election platform and in its whole election struggle as the fearless champion of the Negro masses.

The southern states are stirred up by the political struggle of the communist speakers and organizers for the Negro masses. Communist anti-lynching leaflets are being distributed everywhere.

The candidates of the Communist Party are everywhere putting up a courageous fight for the full social and political equality of the Negro race.

The meetings of the Communist Party have been broken up in Arizona, in Texas, in Delaware, and in other southern states, because the communist spokesmen dared to tackle the Negro question and were bold enough to call the Negro workers to their meetings.

The Ku Klux Klan, the American Legion, the forces of police and other organs of governmental terrorism are mobilized every- where against the communists, because the Communist Party is the only party of the working class and of the oppressed Negro masses.

One, if not the most outstanding, feature of the election campaign of 1928 is the fact that communist speakers, organizers, and candidates for President, Vice-President, and Governor are being jailed everywhere because of their uncompromising struggle for the Negroes.

To this brief foreword to the following essay on some of the basic Negro problems in America, we wish to add the principal demands for the oppressed Negro masses as embodied in the Plat- form of the Workers (Communists Party of America: