Conspiracy Against Freedom (1986) by Liberty Lobby 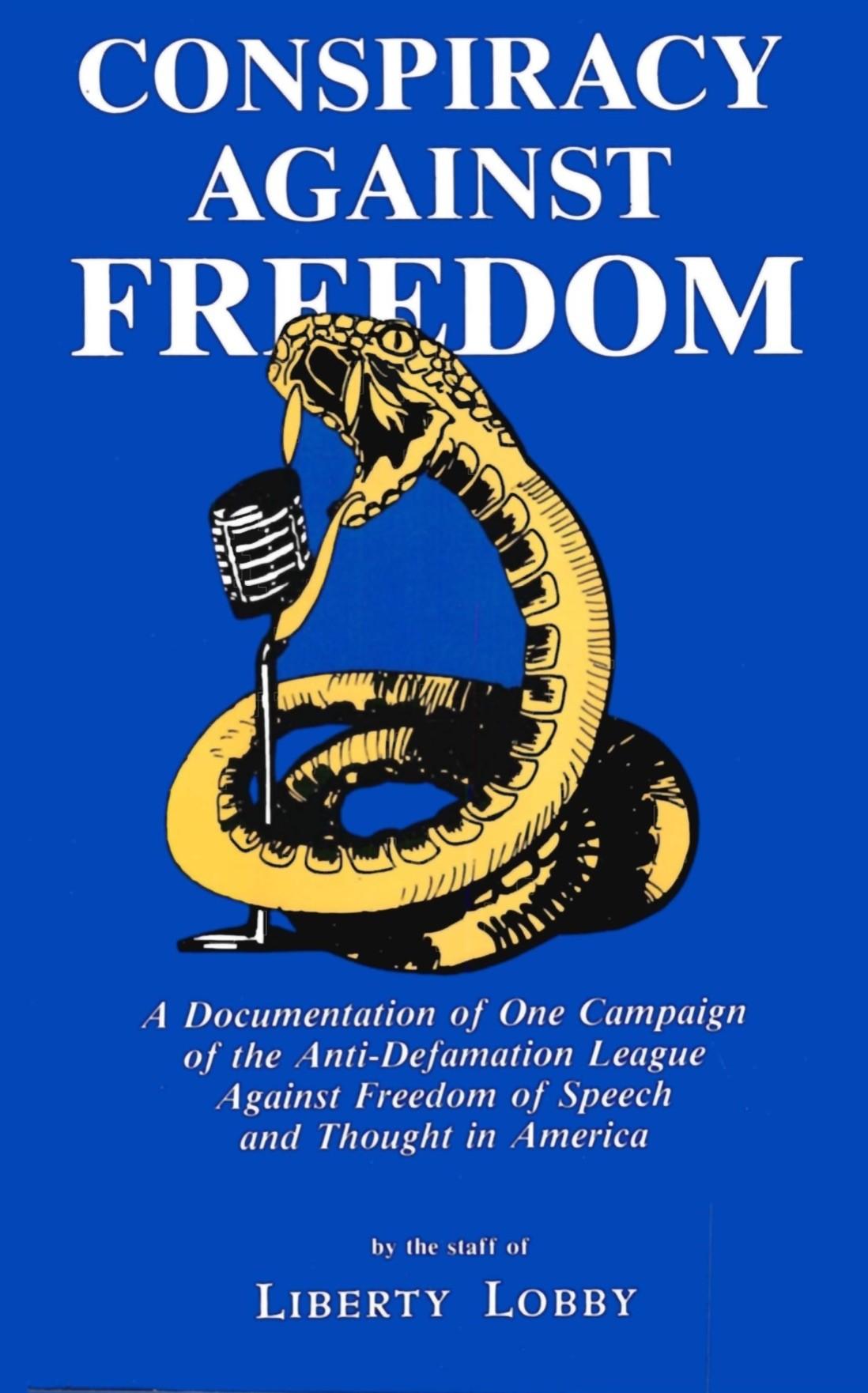 There is a conspiracy in this country to limit public comment and discussion to what a small but powerful clique has predetermined to be 'acceptable.' The moment anyone attempts to introduce an idea that is 'unacceptable,' nationwide forces are mobolized to silence the 'heretic'. Previously, any statment like the ones above would have been automatically dismissed as the raving of a "right-wing fanatic." Aren't you told nearly every day by the Establishment media (print and electronic) that America is a just marketplace of ideas. Are you comfortable with the assurance that the First Amendemtn to the constitution is in force and enforced? If so, prepare yourself to be jolted out of your compalcency. The conspiracy does exist.