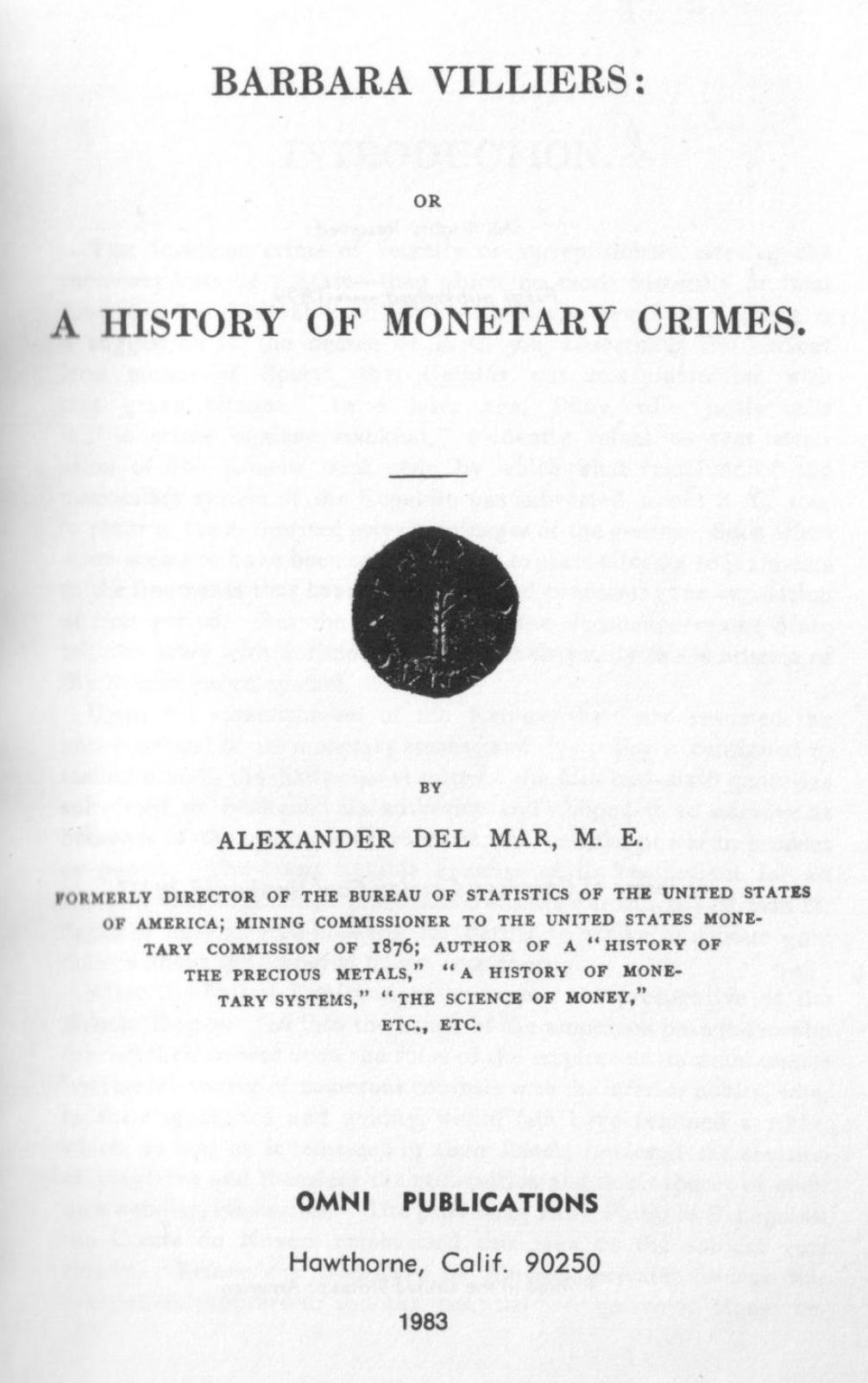 Tne insidious crime of secretly or surreptitiously altering the monetary laws of a State‐than which no more dastardly or fatal blow can be dealt at its liberties‐is not a new one. There is a suggestion in the decree of B. C. 360, concerning the ancient iron money of Sparta, that Gylipus was not unfamiliar with this grave offence. In a later age, Pliny, who justly calls it “a crime against mankind,” evidently refers to that alteration of the Roman mint code by which what remained of the nummulary system of the Republic was subverted, about B. C. zoo, in favor of the authorised private coinages of the gentes. Such alteration seems to have been secret, for no explicit allusion to it appears in the fragments that have been preserved concerning the legislation of that period. But the coinages and the decadence of the State tell the story with sufficient distinctness to justify the anathema of the Roman encyclopedist.

Upon the establishment of the Empire, the State resumed the entire control of its monetary issues; and this policy it continued to maintain until the barbarian revolts of the fifth and sixth centuries subverted or weakened its authority and obliged it to connive at breaches of the prerogative which it had lost the power to prevent or punish. The latest notable exercise of its resentment for an usurpation of the coinage prerogative was the war which Justinian II declared against Abd-el-Melik for daring to strike and issue gold coins without the Imperial stamp or authority.

After the Fall of Constantinople in 1204, the prerogative of the Roman Emperor fell into the hands of the numerous potentates who erected their crowns upon the ruins of the empire and its maintenance became the source of numerous contests with the inferior nobles, who, in their ignorance and avidity,would fain have retained a right which, so long as it remained in their hands, rendered the erection of kingdoms and therefore the recognition and due support of their own nobility, impossible. The process of King Philip le Bel against the Comte de Nevers emphasised this view of the subject very clearly. Before the Discovery of America private coinage was everywhere suppressed; and the essential prerogative of Money be‐came vested and centered in the various crowned heads who governed the states of Europe.

It was not long after that great event, when avidity awoke to new life over the spoils of a plundered Continent, that attempts were renewed to snatch the prerogative of Money from the State. This time it was not the truculent noble, who impudently claimed a right that had once belonged to the Caesars and boldly exercised it in defiance of the Crown, but the sneaking billoneur, who stealthily sought to acquire it through the arts of falsehood, intrigue, and forgery.