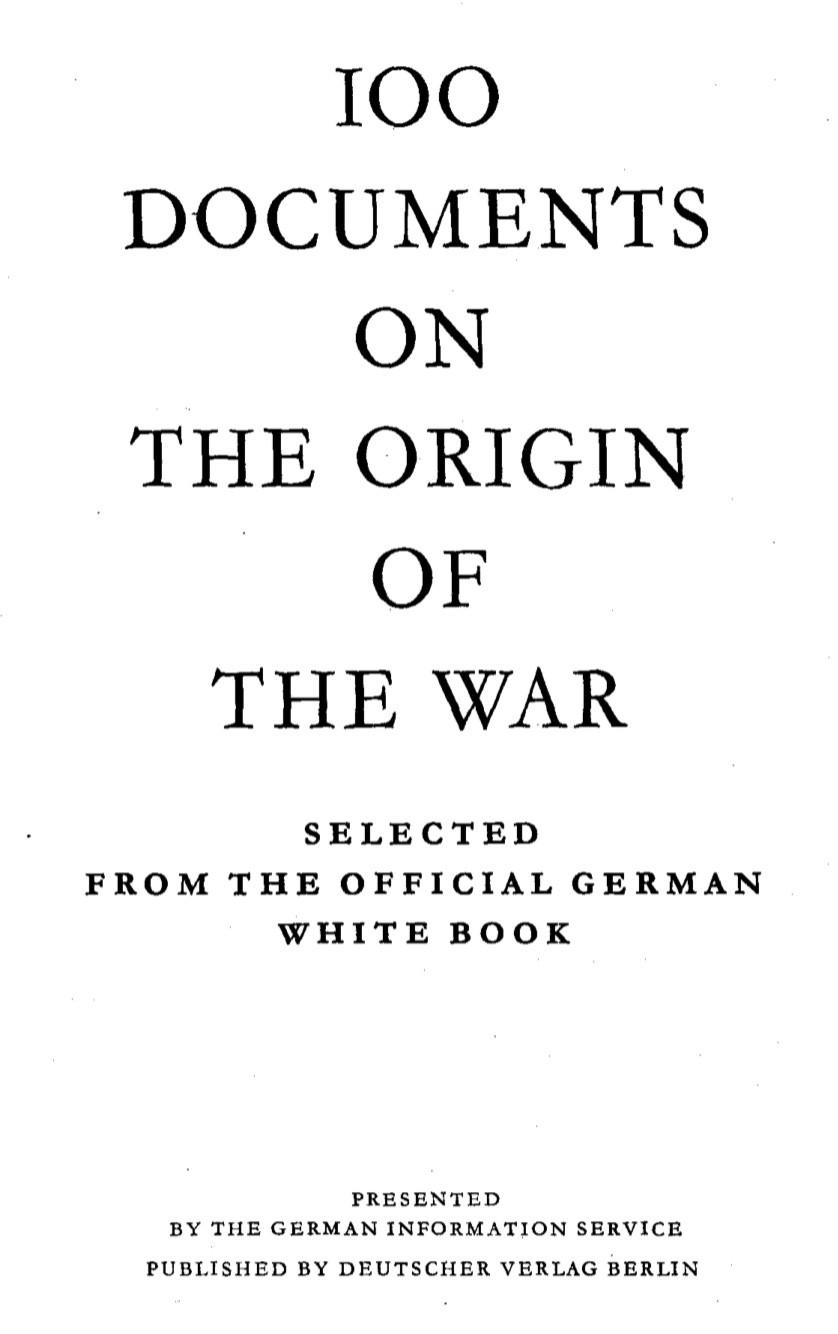 Under the leadership of Adolf Hitler, the German people has learnt to look not backward into the past, but forward into the future. But the war which has been enforced upon us, and which we are waging for the sake of Germany's future weal, renders it absolutely necessary that we should constantly bear in mind what led to the outbreak of the present conflict and wherein lay its ultimate causes. These facts have long been obvious to those who cared to see them and have often enough been publicly established by competent German authorities and especially by the Fuehrer in his speeches. Since, however, our enemies are untiring in their efforts to conceal the truth by means of lying propaganda and to mislead the world at large, not only as regards the causes of the war but also concerning their aims, it seems essential to furnish once again by authentic official documents the irrefutable proof that Britain, and Britain alone, was responsible for the war which she deliberately brought about in order to annihilate Germany.