This is the audio of talks about Israel-Palestine relations given at various Institute for Historical Review confererences (1981,1982 and 2002) which have been edited for improved audio clarity. 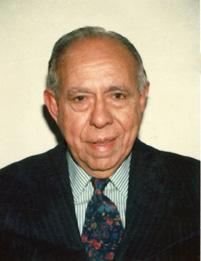 A scholarly but fervent look at the origins of the Israel-Palestine conflict, the Zionist grip on US policy, and Israel's genocidal policies toward the non-Jewish population of the Holy Land, by an outstanding Palestinian diplomat and historian (author of the two-volume Encyclopedia of the Palestine Question).

ISSA NAKHLEH was a Palestinian Christian, born in the Shepherd's Field in Palestine. He was a graduate of the London University (LL.B. ) and a Barrister at Law of the on our able Society of Lincoln's Inn, London. He was a member of the Palestine Bar and a member of many Bar associations in the Arab World.

He represented the Arab Higher Committee for Palestine in New York City 1947-1948. He was a Representative of The League of Arab States in Latiin America, with an office in Buenos Aires, Argentina 1956-1957, with the rank of Minister Plenipotentiary.

Issa Nakhleh is the author of the Encyclopedia of the Palestine Problem in two volumes which is the subject of this website. It has 41 Chapters and 1091 pages, with voluminous footnotes and 60 pages of photos. It deals with the ancient and modern history of Palestine, the political and religious questions and all United Nations Resolutions and the Principles of International Law and Justice relating to the Palestine Question.

He was a member of ASIL (American Society of International Law) and the International Law Association of London. He was a Panelist about Self -Determination in the Case of Palestine i n
the 82nd Annual Meeting of ASIL, April 30-23, 1988. He took part in a panel about the Israeli - Palestinian Dispute in the Annual Conference of the American Bar Association held i n Chicago
in August, 1990.

Issa Nakhleh was a Legal Advisor to a number of Arab Delegations to the United Nations.

Who Are the Palestinians?

An outstanding Christian Palestinian scholar provides an eloquent, informed look into the background and origins of the seemingly endless strife in the Holy Land. Hadawi, author of Bitter Harvest, and co-author of the two-volume Palestine Diary, examines the grim record of Jewish-Zionist encroachment and dispossession.

Sami Hadawi (1904–2004) was a Palestinian scholar and author. Hadawi was born in Jerusalem to Palestinian Christian parents. His father was a soldier in the army of the Ottoman Empire and died in combat during World War I. He is known for documenting the effects of the 1948 Arab–Israeli War on the Arab population in Palestine and publishing statistics for individual villages prior to Israel's establishment. Hadawi worked as a land specialist until he was exiled from Jerusalem after a fierce battle in his neighborhood between Israeli and Jordanian forces. He continued to specialize in documenting Palestine's lands and published several books about the 1948 Palestine war and the Palestinian refugees.

The Israel-Palestine Conflict: A Palestinian Perspective

A writer and commentator who has often appeared on American television gives a moving and insightful Palestinian perspective on the seemingly intractable Israel-Palestine conflict. Taking aim at the hypocrisy on US policy in the Middle East, Said Arikat charges that US support for Israel's brutal oppression of Palestinians is a betrayal of the ideals that Americans claim to uphold.

Said Arikat is the Washington bureau chief for the Palestinian newspaper al-Quds, a daily for which he is a writer, columnist, and analyst. Previously he served as adjunct professor at American University and as spokesman and director of public information for the United Nations Assistance Mission for Iraq.